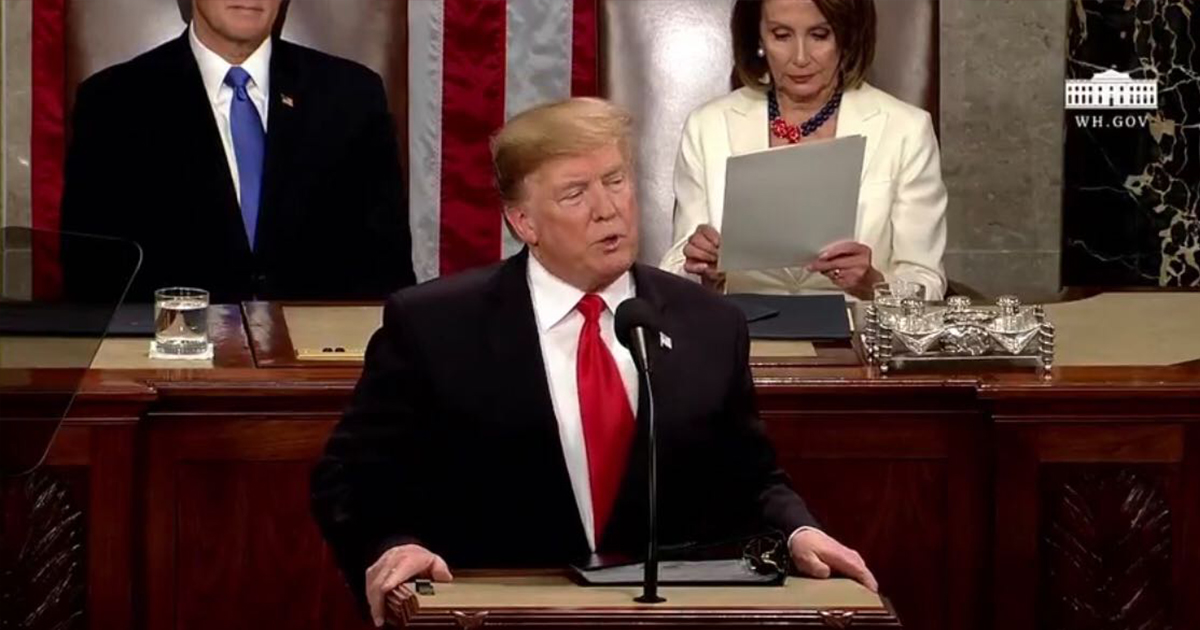 WASHINGTON — President Trump shocked the nation today when he unveiled a new plan which pits 325 million Americans in an all-out fight to the death during his State of the Union address.

“Every man, woman, and child will be forced into squads, which will be randomly generated. Just because you want to be teamed up with your parents doesn’t mean that’s what you’re going to get,” President Trump told the joint session of Congress. “Then, the program ends when either one team is left or not enough people buy season passes. We didn’t even have to figure out a shrinking safe zone — the Chinese hoax, global warming, will take care of that for us.”

The President went on to explain how the program will be “completely paid for” by his robust economic policies that will force Americans to fight over basic needs for survival such as clean water and healthcare.

“China is killing us, folks. They are sniping us from across the map and doing the ‘Take The L’ dance on our try-hard corpses,” The President continued. “But I can fix it. By forcing the country to murder each other, there will be less people buying exports from China. It’s the perfect solution for our very unfair trade deficit. The best part is, folks, the program starts right now and is available for free!”

At press time, Press Secretary Sarah Huckabee Sanders said the administration was almost ready to release a second map set in the entire country of Venezuela.

We’ve launched a brand new podcast network. Check out the first episode of the Hard Drive podcast where we watch and discuss every episode of 1989’s The Super Mario Bros. Super Show!