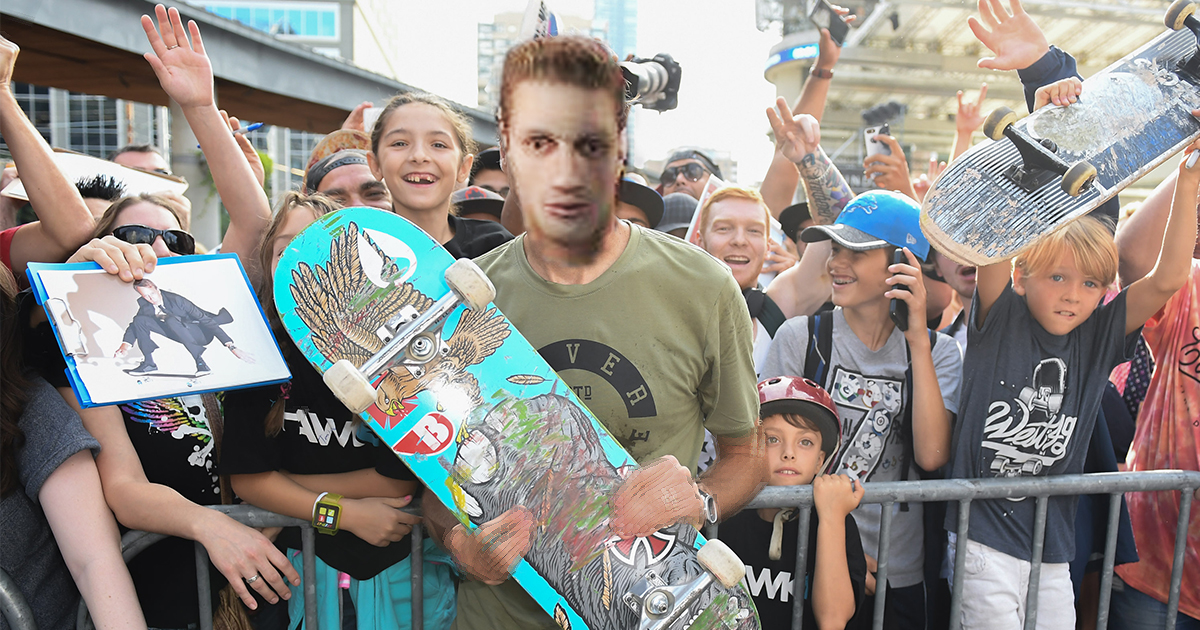 ENCINITAS, Calif. — Pro skateboarder Tony Hawk has reportedly had every inch of his body surgically pixelated in an attempt to regain public recognition. It has been several years since the Tony Hawk’s Pro Skater franchise peaked in popularity, and its subsequent decline rendered the extreme sports pioneer almost unrecognizable to fans and newcomers alike.

“I just don’t think people would ever recognize the high definition version of me, so I thought, why not?” Hawk said as he gestured with a permanently cupped pixelated hand.  “The old days of starring in my own video game were so cool.  I knew I could relive my glory days of fame by having drastic, experimental surgery.”

The surgery has achieved its intended goal, with Hark reporting an immediate increase in public attention.

“My ill new skin has definitely been turning heads on the street,” he said, through an unblinking, neutral expression.  “I’ve been hitting up my old stomping grounds, like the school, to complete some sick objectives.  Those kids really freaked when they saw me spell out S-K-A-T-E.  They looked so horrified, probably because they never thought their hero would swoop in and rock a Roast Beef grab right in their faces, looking all pixelated and badass.”

“Some of them even took off running as fast they could.  I bet they just wanted to get to the closest Sam Goody to buy the Millencolin CD I was jammin.’”

The new look has proved controversial for the former X-Games champ on several occasions.  Most recently he was escorted out of a local warehouse by concerned workers.

“I thought I was hallucinating when I saw him,” said David Grand, an employee of the warehouse.  “I got a little closer, and yeah, it was definitely a fully pixelated Tony Hawk.  He kept going on about a secret room. We weren’t even in a building. Frankly I’m surprised you even believe me.”

We asked if he had any regrets at all, Hawk insisted he didn’t.  “My games aren’t the phenomenon they once were, but who says I can’t be?  Now who wants to see me grind those power lines over there? I can’t do a 360 varial mcflip but I can do a really long manual.”

At press time, Hawk announced that he would be getting a second dangerous body modification that would make it so he permanently blasts a loop of Goldfinger’s “Superman.”