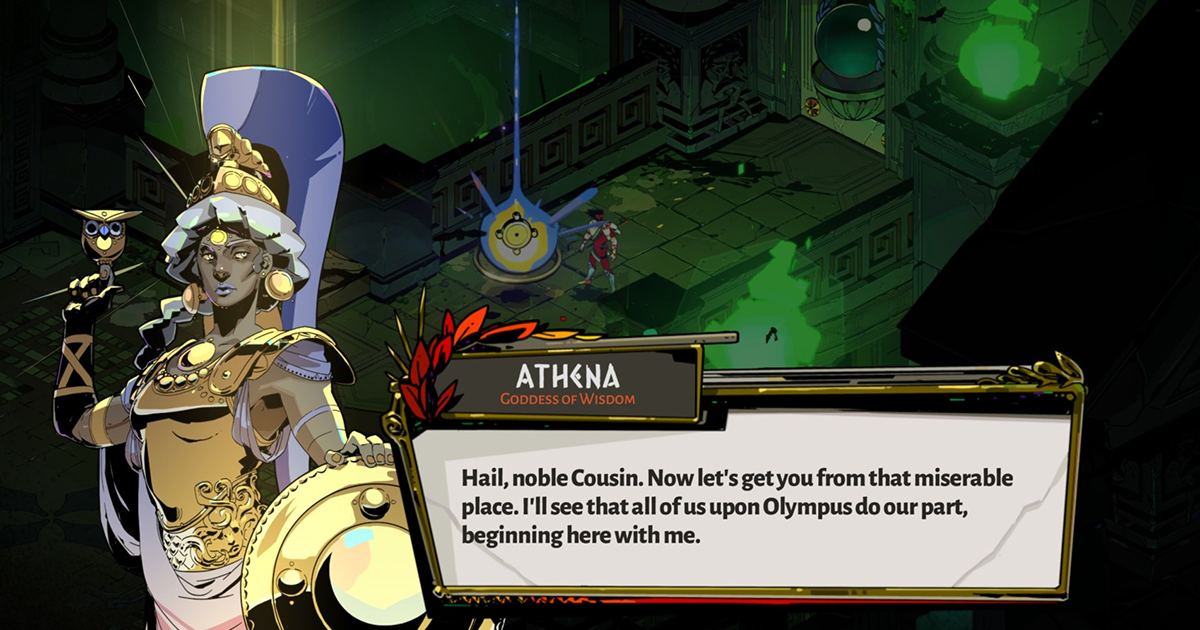 I love Hades as much as everyone else seems to, but I have to admit that the diversity in the game does kind of take me out of it a bit. In fact, I would go so far as to say that the diversity in this game about trying to escape the bowels of the underworld is downright unrealistic because we should be seeing way more white people in hell.

My issue isn’t with the liberties they took designing the Olympians. I think it’s great that there’s a Black Athena and South Asian Dionysus. Like the developers themselves have said, they’re Greek gods because they were worshipped in Greece, not because they’re ethnically Greek. But this is a game about climbing out of the lowest reaches of hell, and the only white man we see eternally damned for his sins is Sisyphus. What happened to accurate representation? There should be leagues — nay, swarms — of white men damned for their hubris in the underworld. Do better. Supergiant Games included so many vibrant characters by completely disregarding white people, many of whom should be toiling in hell.

It’s just not enough that some of the wretches of Tartarus are coded white with their blond bowl-cuts. We shouldn’t have to settle. Yes, I know the game takes place in Ancient Greece and all the characters are from Greek mythology, but I don’t think I’m being unreasonable when I say that I can’t immerse myself in a depiction of hell that doesn’t include every U.S. president, Christopher Columbus, Margaret Thatcher, and a bunch of guys with bad undercuts in ill-fitting suits. If the developers really cared about creating a believable underworld, we would have at least seen Tisiphone flaying Ronald and Nancy Reagan alive in a cutscene.

All this being said, I do think Hades’ depiction of Zeus as a disproportionately powerful, irresponsible, entitled old white man who generally kind of sucks is a particularly inspired decision.