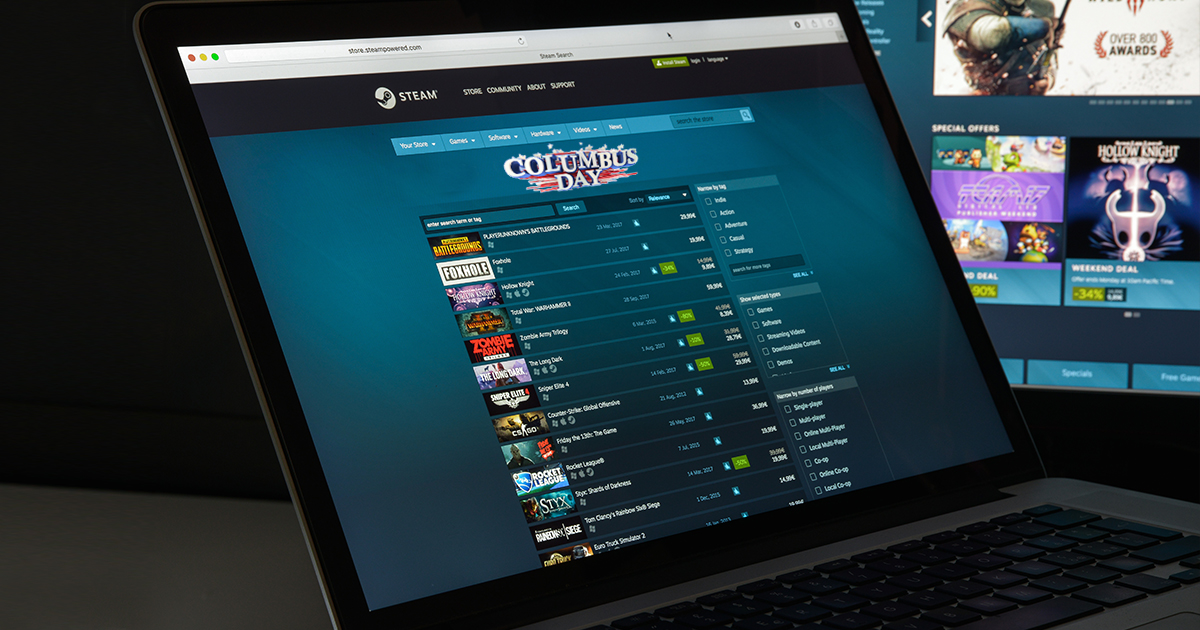 BELLEVUE, Wash.  — Online gaming giant Steam announced their annual Columbus Day sale today, honoring the legacy of Christopher Columbus by deleting all of their customers’ games and giving them smallpox, a move that has drawn mixed reactions from the gaming community.

“This year, we really wanted to celebrate Columbus Day in a way that really resonated with gamers,” said Steam spokesperson Dana Pearson, from outside a glass room containing the quarantined gaming press. “Columbus has a deep history that we’re proud to share with our community today, and we hope enough of them survive to truly appreciate it.”

While Steam execs were excited about the sale, gamers around the world voiced their displeasure with losing all of their games and potentially succumbing to a viral epidemic unseen since the days of Columbus.

“I just spent a shitload of money on the summer sale, and now they pull a move like this?” said gamer Lucas Herrera, in a Skype call from his hospital bed. “I get that they’re going for historical accuracy here, but if I wanted to have all my games taken away and get a shitty disease that was eradicated decades ago, I’d just go live with my crazy anti-vaxxer aunt.”

Herrera also questioned the need to celebrate Columbus Day at all, given the fact that he sailed in the wrong direction and “discovered” the wrong country.

“I drove the wrong way on the freeway once and almost killed a family in a minivan, where the hell’s my holiday?” he asked between coughing fits. “I mean, I like getting the day off of work, but now I have to spend it here, and I’m definitely going to die soon. Steam really blew it this time. Shit, I bet I’m gonna miss the Black Friday sale, huh?”

Despite the hugely negative reaction, Herrera did see one bright spot in the ordeal.

“I got really lonely last fall and bought a bunch of Japanese dating simulators,” he said. “Those are definitely out of my library now, right?”