Self-Described ‘Gryffindor’ Lacks Courage to Hold Any Other Beliefs 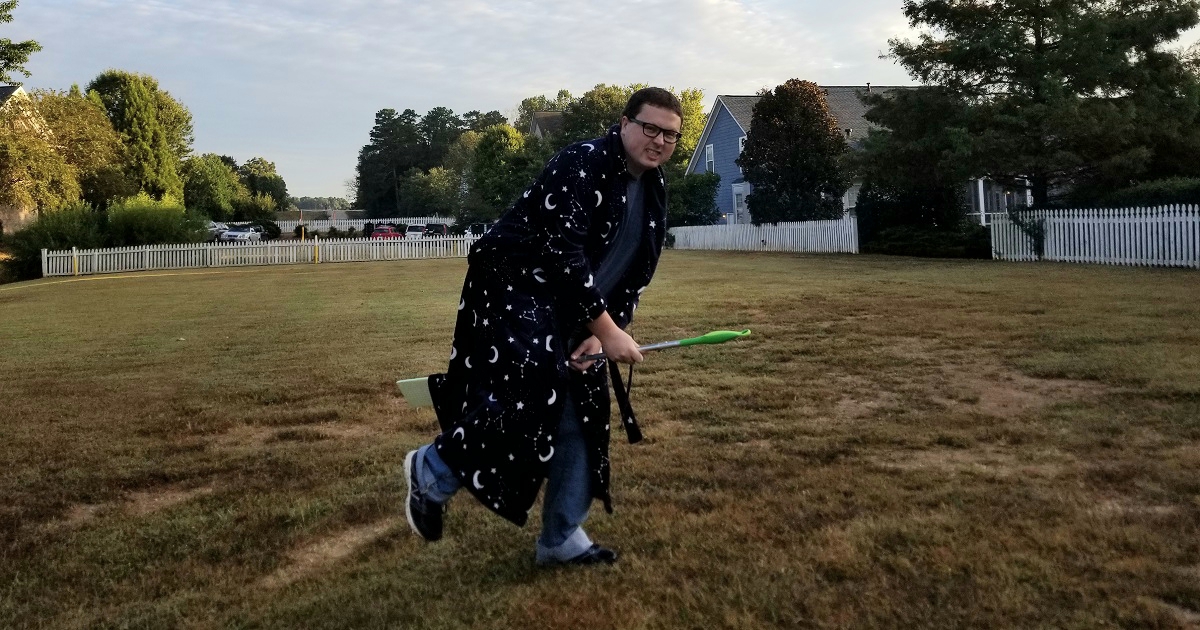 ATLANTA — Local Harry Potter fan and self-described “Gryffindor,” Daniel Wells, decidedly fails to live up to the courage associated with the identity he has crafted from the franchise, unsurprised sources confirm.

“I have been a Gryffindor ever since the series was released,” said Wells, wearing nothing but a bathrobe and makeshift wizard hat. “I read the books, go on Pottermore, read J.K. Rowling’s tweets, play Quidditch, go to the Wizarding World of Harry Potter… I consistently give into the Harry Potter franchise and its ever-increasing demands for money, even if I planned on using that money for buying food or clothing. But I’m totally OK with that, so please don’t tell J.K.! She won’t answer my emails.”

An examination of Wells’ personal history confirms that he has not gone more than 5 minutes without consuming, discussing, or writing fan-fiction related to the franchise since Harry Potter and the Sorcerer’s Stone was first published in the United States in 1998.

“Yeah, Daniel has been here almost every day since we opened in 2014,” said Universal Studios Orlando cotton candy vendor, Jared White. “We’ve talked a few times, so I once asked him what he does outside of this Harry Potter stuff, but he only got a few words in before putting an absolutely visible cloak over his head and slowly backing away.”

Per the Greater Atlanta Area Quidditch League, Wells only skips his trips to Orlando when playing for the Gryffindor team as the third-string “seeker.”

“Daniel is as good at the fictional sport of Quidditch as anyone in the league,” said the Greater Atlanta Area Quidditch League Commissioner, Kristen Parker. “He has made great strides in getting on the field, in spite of his fear of flying. He knows that the brooms don’t fly, but he insists on staying on the bench most of the time ‘just in case.’”

At press time, Wells was tearfully filing attempted murder charges against a child who had pointed a stick at him and yelled “avada kedavra.”