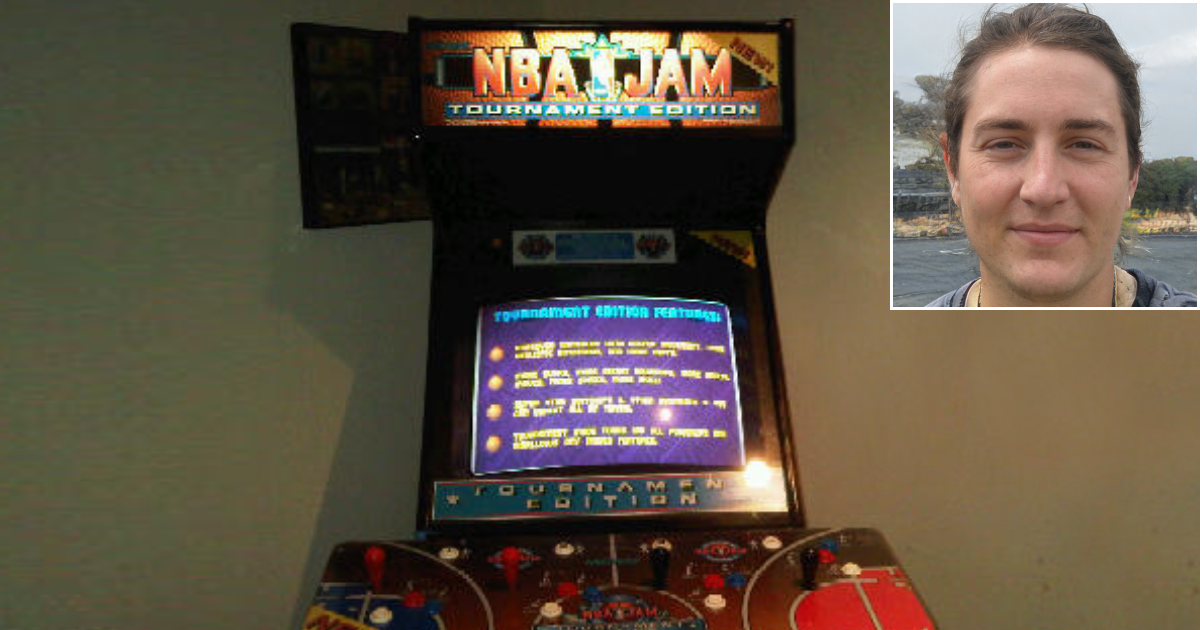 WASHINGTON — Climate scientists unveiled their findings today that the Earth’s temperature is rising because some dude named Jeremy has made consecutive shots while playing the arcade game NBA Jam.

“We do not know what Jeremy’s last name is at this time, but once he figured out when to use the turbo button, he’s become one bad mamma jamma at the game,” Head of Climate Studies Dr. Rivaldi said at a press conference. “The guy just can’t miss a shot, leading us and the announcer of the game to realize that he, and thus the Earth itself, is in fact ‘heating up.’”

The scientists continued to show their findings, revealing that if Jeremy makes a third consecutive shot in the game his character, and the Earth itself, will catch on fire.

“This is a common metaphor used by sports broadcasters to convey when a basketball player has become basically unstoppable, but we’re afraid NBA Jam takes this phrase literally,” Junior Analyst Dr. Barkley added. “Once this random dude named Jeremy hits that third shot, not only will the opposing player be in major trouble, but so will the rest of humanity. The number of casualties will be as catastrophic as the dunks unleashed will be totally insane.”

Attendees, which included diplomats from around the world, as well as dozens of senators, looked on as footage was shown projecting how many times Jeremy would dunk on his opponent. The graphic then showed how the Earth would concurrently posterize the polar ice caps, melting it down to a pathetic whimpering little ice cube. Many looked on in horror, but some were dubious of what they were shown.

“This Jeremy fellow, and the Earth, seems far away from going kaboom on anyone,” Senator Mitch McConnell said after the presentation. “Jeremy may be able to dunk, but he lacks the fundamentals. He has absolutely no outside game. Jeremy will get the ball stolen before he can possibly make that third shot. I believe in Karl Malone’s defense more than I do Penny Hardaway’s offensive abilities.”

As of press time, Jeremy’s opponent Darren says he is trying to run down the clock before he makes his move, running from side to side and kind of playing a lame form of keep away, but potentially saving the human race from global destruction.