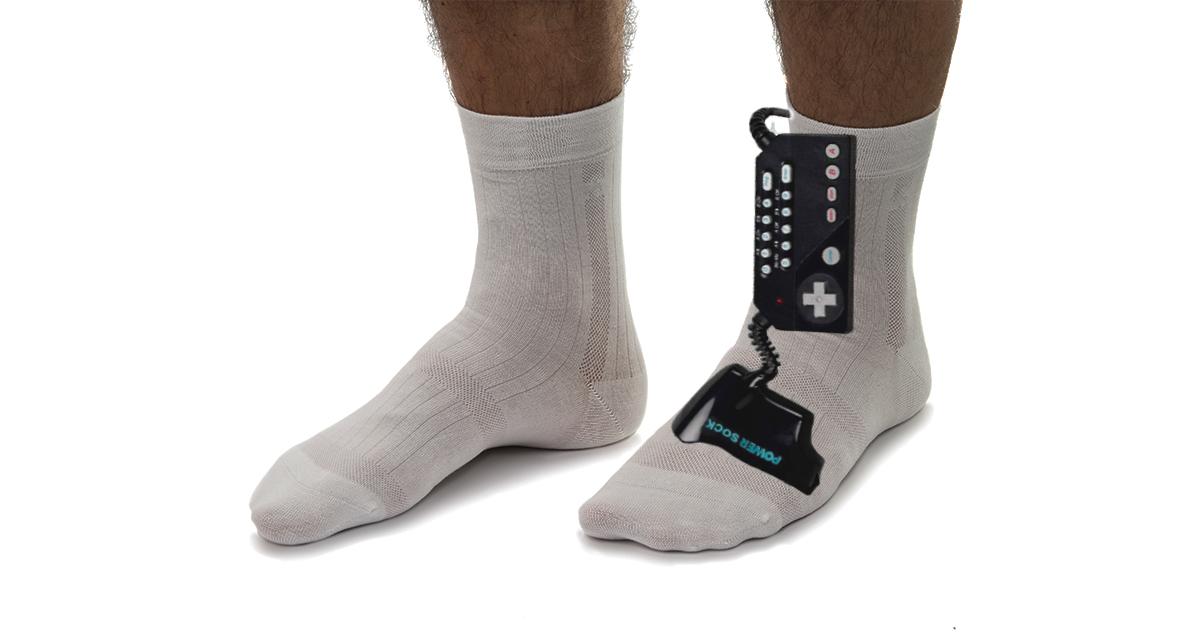 In the 1980s, Nintendo released several popular customized controllers for playing certain NES games, such as the Light Gun and the unforgettable R.O.B. But few people remember the least beloved accessory of this era: the Power Sock controller, which was designed to combine the foot-based gameplay of the Power Pad with the tactile controls that would later be seen in the Power Glove.

“It was pure hubris,” NES employee and chief Power Sock engineer Minoru Yamauchi recalled. “Nintendo had an iron grip on the market, and we believed that we couldn’t do anything wrong. We were wrong, and when we dared to create the Power Sock, we paid the price.”

The Power Sock was released in December 1988, but fans were quickly dissatisfied. Users complained of discomfort, complexity of use, and nerve damage.

“It felt like a jellyfish was attacking your foot,” Former Power Sock tester Frank Ellis explained. “You’d have to really stomp hard to get the controls to activate and by the end of a game, your foot was usually covered in blood.”

Despite its lackluster rollout, the Power Sock eventually found an audience in communist countries. Although many countries in the Eastern Bloc of the Soviet Union did not even have NES systems to plug the socks into, teens began to wear them as fashion statements in subversive rebellion against the KGB.

“It didn’t help that the only game for the Power Sock was an import game called Kusuguri Matsuri Futtosapuraizu [Tickle Festival Foot Surprise],” another tester, Lee Wolfe explained. “Even if you managed to get the controller to function properly, the results were genuinely disturbing.”

Nintendo has largely erased the doomed product from its history, leaving it totally absent from their official website and past retrospectives on the NES era. What few Power Sock controllers remain are held onto by private collectors and public foot fetishists.

“Sure, the Power Sock was a failure,” Current Nintendo president Shuntaro Furukawa said in a rare statement. “But without it, there would have been no Power Glove a year later in 1989. And I will tell you this: after the Power Glove was released, a month later, the Berlin Wall fell. I don’t think that is a coincidence.”