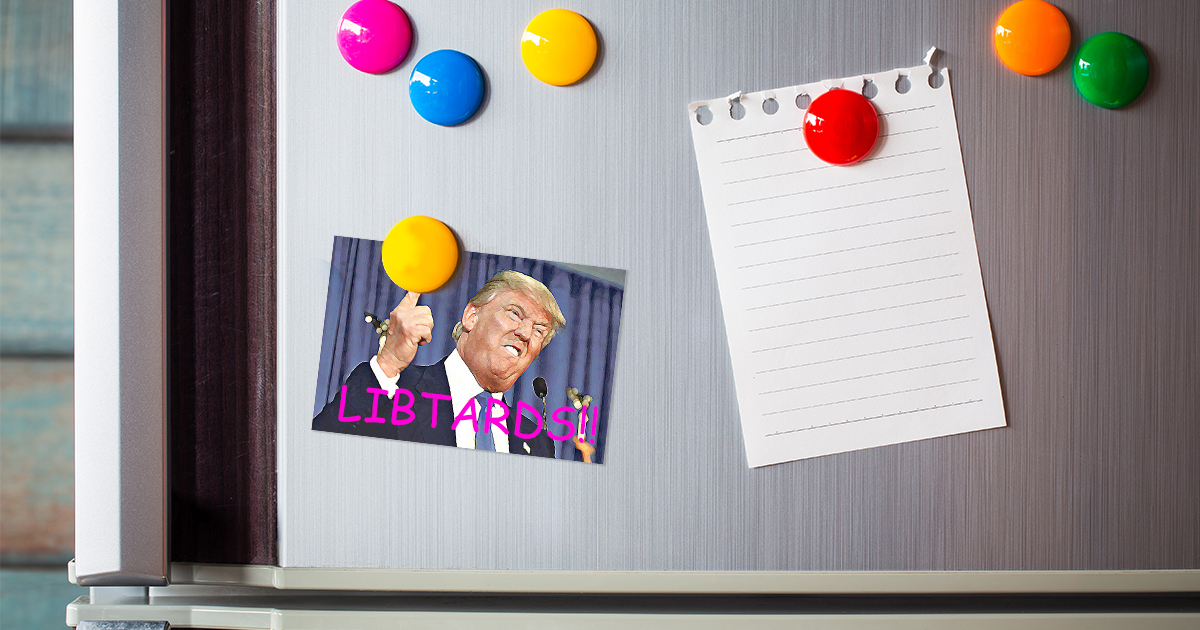 ALTOONA, Penn. — Jake Fitzgerald Jr. reportedly hung a printout of his father’s latest meme on the fridge this afternoon as a token of pride in the 59-year-old’s vastly improved efforts.

“This big guy has certainly earned it,” said Fitzgerald, playfully disorienting his father’s hair as the latter searched ‘good meme ideas’ on Lycos. “I still remember the day he nervously approached me with his first meme: it was just a picture of Bad Luck Brian with the word ‘Obama’ on it. The text was plain black, so you could barely read it, and he aligned it center right for some reason.”

“Boy was that a fucking monstrosity, but Champ here has come a long way.”

Fitzgerald recounted some difficulties he faced over the last few years while guiding his father in the art of acceptable meme making.

“He grew out of the unironic Comic Sans phase pretty quickly,” he said. “The worst, though, was that six-month stretch where he refused to caption anything but the word ‘libtard’ — I’ve read that a lot of boomers struggle through that developmental period. You can’t be overbearing, though. If you micromanage what they create, they’ll just end up mimicking what their son likes on Imgur and not what makes them happy.”

Fitzgerald Sr. appeared highly encouraged by his son’s public display of approval, eyeing more substantial goals for his next meme.

“Look out millennials! There’s no stopping old Bill Fitzgerald now,” he said from the chair in his home office. “Using basic common sense — which isn’t so common anymore — and my generation’s roll-up-your-sleeves attitude, we’ll be pumping out quality memes in no time. Then, we will reclaim the World Wide Web for who it rightly belongs: the middle-class conserative suburbanites who go to church on Christmas and Easter. Now, if you’ll excuse me, I have some research to conduct.”

As of press time, sources say the elder Fitzgerald was waiting patiently to ask his son whether he used the term ‘shitposting’ in the correct context.