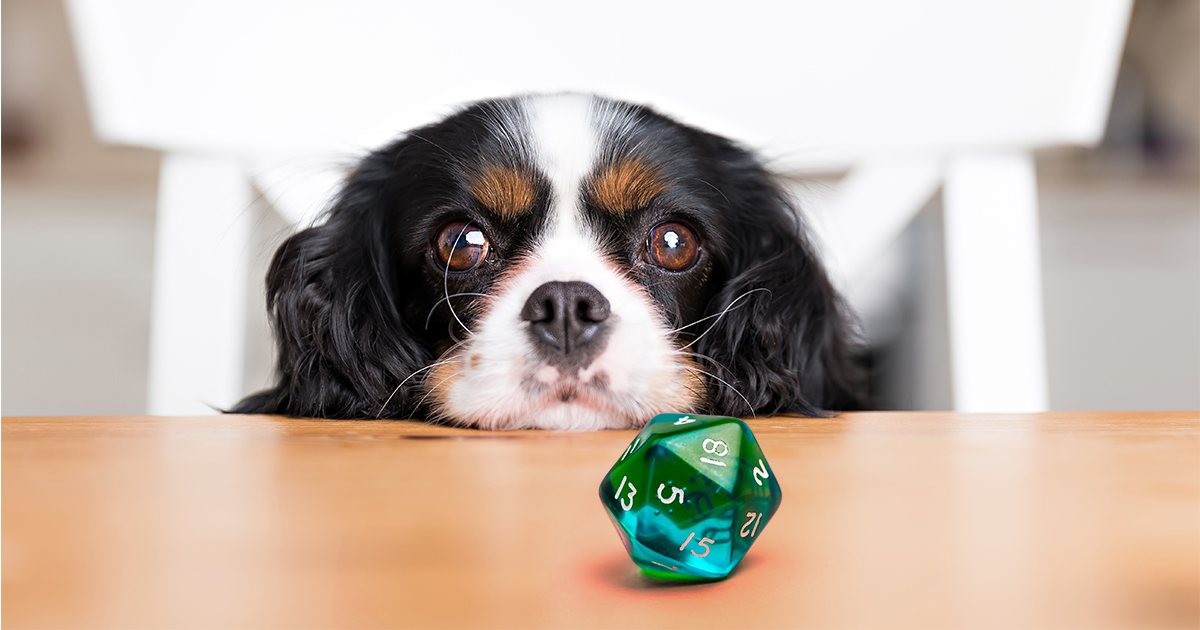 FERNFIELD, Wash. — Four Dungeons & Dragons players put their DM in a tough spot this past weekend when they decided to take on the Tomb of Annihilation with their pet dog, Buddy, giving rise to a heated argument over whether there’s anything in the Dungeon Master’s Guide that says a dog can’t play Dungeons & Dragons.

“After going through another total-party-kill the session prior, we realized we needed to pad out our adventuring party with another player,” said Josh Eberz, the party’s paladin and best pal to Buddy. “I was surprised as anyone else would be when I learned my dog could roll dice and I just knew we’d be able to take on the tomb with him at our side.”

“Why would there be a rule? D&D isn’t a competitive sport, it’s not basketball,” Eberz continued. “If a dog can miraculously craft an interesting backstory and play through a campaign, they should be allowed to!”

Though, when Eberz showed up to Kyle Merenich’s home with a bag of Cool Ranch Doritos in one hand and a dog leash in the other, he was not met with open arms.

“I spent a good 15 minutes flipping through the handbook, hoping to find an answer on what to do here,” said Merenich, the group’s dungeon master. “Ultimately, I made the call to let Buddy play. He came prepared with a character sheet for a level nine Rogue Bloodhound and his tail was wagging so fast with excitement. The fact of the matter is, if Wizards of the Coast didn’t want a dog to play their game, they definitely would have had a rule in there saying so. Their rules are pretty thorough.”

The players agreed that adding Buddy to the party led to the best session of the campaign so far, with the only real setback being some slobber-covered d20s.

“Buddy was incredible to watch play. He’s a true master,” said Matthew Horowitz, the party’s wizard. “He sniffed out every single trap our DM set. We’ve gotta invite him to play with us more often!”

“Not only is Buddy an expert strategist and role-player,” said cleric Christopher Kenney, “since joining the group, Buddy has also helped us learn to talk to girls, how to stand up to the school bully, and the true value of friendship and family.”

At press time, the D&D party said that they’re excited to eventually branch out to other games like Settlers of Catan and Magic the Gathering alongside Buddy, and eventually his puppies, for years and years to come.