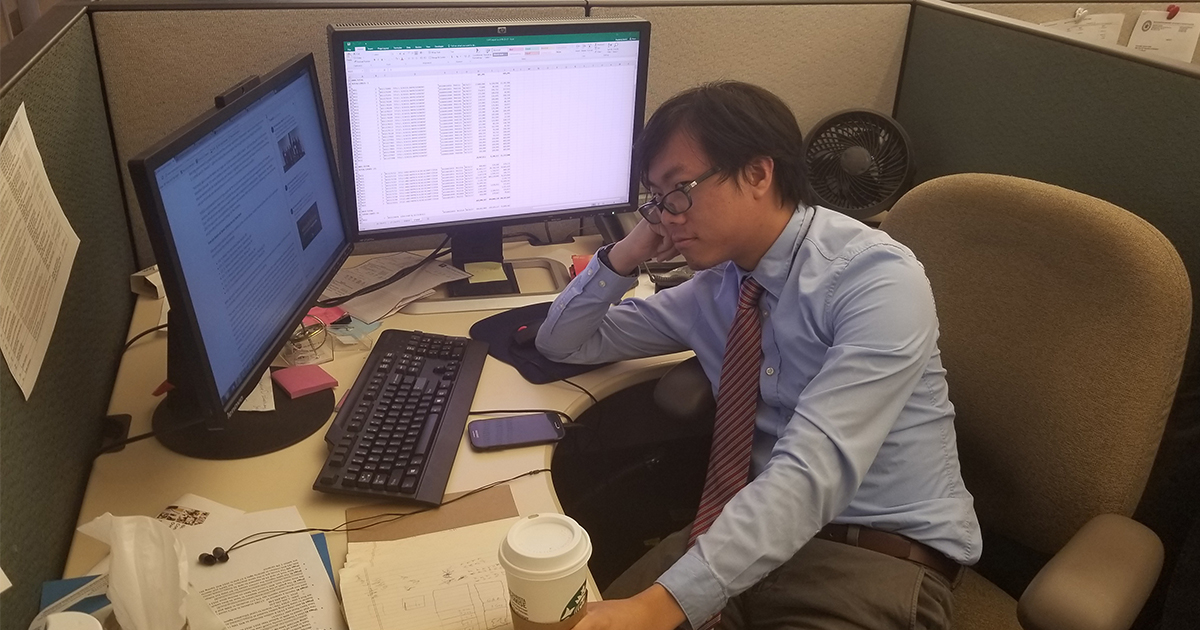 TAMPA, Fla. — Local data entry clerk Frank Richmond, 27, was reportedly released from a Groundhog Day-esque time loop, which he claims to have not noticed for over two weeks.

“Every day is the same anyway, so I didn’t even realize I was stuck in a loop of identical ones,” said the burnt-out millennial. “I drive to work, I stare at a screen for eight hours, I drive home, I stare at a screen for four hours, I go to sleep. After several days, I thought it was Saturday, and I got a call from my boss screaming at me for not being there. I didn’t question it, I just came in. I asked if I was getting paid overtime and I got laughed at, so it all still felt pretty normal.”

When asked what finally tipped him off to his situation, Richmond claimed it was the Disney+ streaming service.

“I realized something was wrong when there wasn’t a new episode of The Mandalorian to watch,” Richmond explained. “I know it’s kind of a weird release schedule they have going on, but after two weeks of no Baby Yoda I knew something was up.”

Upon realizing that he was trapped in a time loop, Richmond stopped going to work and just continued watching streaming content at home for over four months. While many are skeptical of his story, several of his co-workers are convinced.

“It’s gotta be true,” said coworker Patricia Glass. “Tuesday he tells me he’s never seen an episode of Breaking Bad, Thursday he comes in and he’s talking about Better Call Saul and El Camino. Nobody can binge that hard, it’s physically impossible.”

Reportedly, after finishing all of the streaming shows in his watch list, Richmond awoke in his normal life, finally free of the monotonous time loop that he mistook for his normal life.

At press time, Richmond’s manager had reportedly taken four months out of Richmond’s PTO, claiming that he should have been working during the loop and that time stream shenanigans do not excuse time theft.