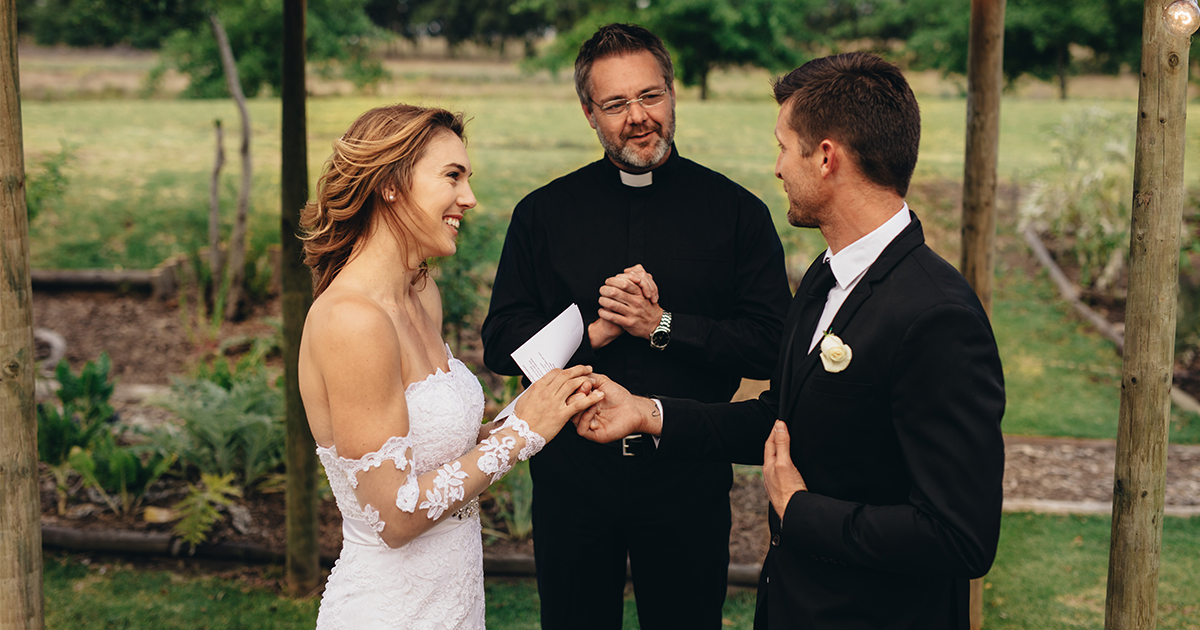 BETHPAGE, N.Y. — A couple of newlyweds, Marissa and Frank Carter, cemented their love for each other at their wedding today, concluding the marriage ceremony with the ritualistic exchange of their phone numbers for the first time.

“It’s gonna be a weird thing to get used to for sure!” said Frank Carter, rolling hand around and feeling the weight of the new ring and contact in his cellphone. “I feel like I have a lot of little things to learn. Like do I take my ring off in the shower? Do I stop exclusively texting my wife through Instagram DMs now that I have her actual phone number? Married life is strange!”

According to those at the wedding, the ceremony was especially beautiful.

“Aunt Marissa looked very happy,” said the 6-year-old numberbearer, Steven Casterly. “I got to carry the phone numbers on a pillow! I hope one day when I get married, the person doesn’t end up having green texts, though.”

As of press time, Frank called his newly married wife on her phone but she didn’t pick up because she “doesn’t really do calls.”