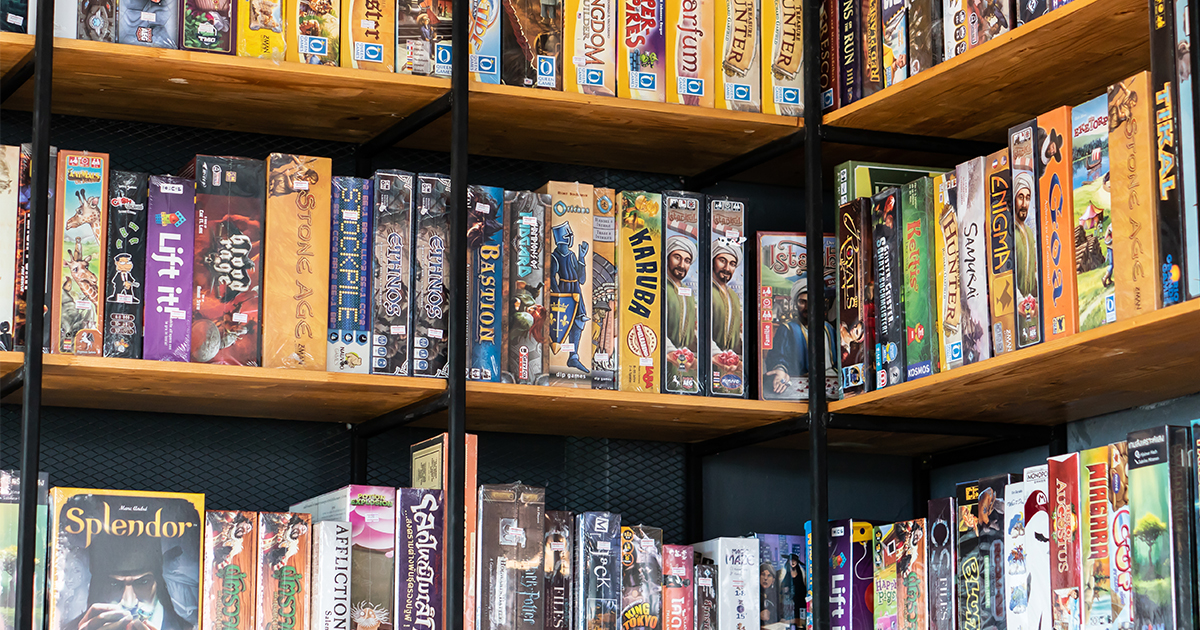 CHARLOTTESVILLE, Va. — Fantasy Flight Games released a highly anticipated new board game this week, titled Storage Worlds, which features the revolutionary mechanic of using all of a player’s other unopened board games as resource tokens instead of including its own.

“All in-game actions in Storage Worlds, from building a livery for your steeds to forging a high-level falchion for your well-endowed hero, are managed by collecting other board games still in their original packaging and spending them,” explained Fantasy Flight’s official press release, which was printed on the back of a repurposed Monopoly rules booklet. “For example, that $738 Twilight Imperium box you never got around to playing is worth about 30 Cards Against Humanity packs that nobody should ever play in the first place. But, watch out, because some games have special properties: for example, any attempt to cash in a copy of What Do You Meme? results in an immediate forfeit.”

The game is a major hit among eager consumers who don’t always have the time to open and play every new game that piques their interest.

“Throughout my adult life, I’ve spent roughly half of my annual salary purchasing whatever board games are recommended by Shut Up & Sit Down, but life always seems to get in the way before I can actually play any of them,” said Storage Worlds early adopter Daniel Huang, sitting behind a desk made entirely of Stratego sets and expansion packs. “Thanks to Storage Worlds, I can finally get a little enjoyment from my hundreds of never-touched board games. It’s a huge relief being able to use them all at once instead of struggling to find time to play them all one by one.”

Proponents of Storage Worlds point to the game’s ability to bring aspiring board game fans together.

“Daniel’s been talking about getting the boys back together and starting a weekly game night,” said Huang’s friend, Jamaal Washington. “Even though we’ve tried to do this before, none of us have ever actually managed to play a board game together. But as you can tell by my living room stacked floor to ceiling with Zombicide spinoffs, you could say I’ve been training for Storage Worlds my whole life.”

As of press time, despite positive early sales, there were no official reports of anybody having actually opened a Storage Worlds box and playing the game.