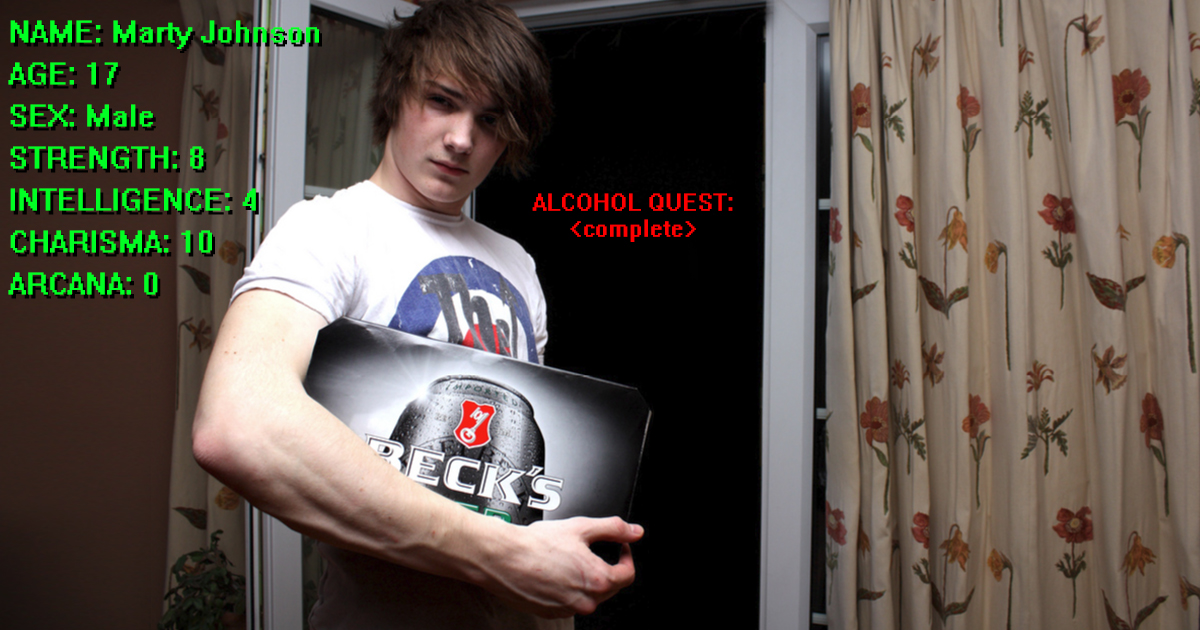 DENVER — Sources have reported that slick-talking seventeen-year-old, Marty Johnson, went into a grocery store and used his high charisma rating to purchase alcohol for a party later this week with ease.

According to sources close to the scene, Johnson, captain of his debate team, hasn’t failed a speech check since he could speak, and today was no exception. Johnson was taken to the store by Eric Mathis, a close friend since childhood, who has access to his parents’ 2014 Subaru Outback.

“[Johnson] convinced me to give him a ride even though his car is in better shape than mine,” he said. “And he didn’t even give his parents an explanation as to where he was going before he left. It’s always been that way with him. One time, I saw him convince an evil overlord to destroy itself. He’s a real silver tongued devil, that kid.”

“The clerk never suspected a thing,” Mathis said. “Not only is [Johnson’s] charisma at 10, his luck has to be up there too. When he got in the car he showed me the receipt. Apparently he convinced the clerk he was the owner’s son, and used his high barter skill to get everything 50% off.”

At the party, sources reported that Johnson immediately drank too much of his own liquor. He then proceeded to throw up and pass out, with Mathis citing his low intelligence and endurance as the likely problem.