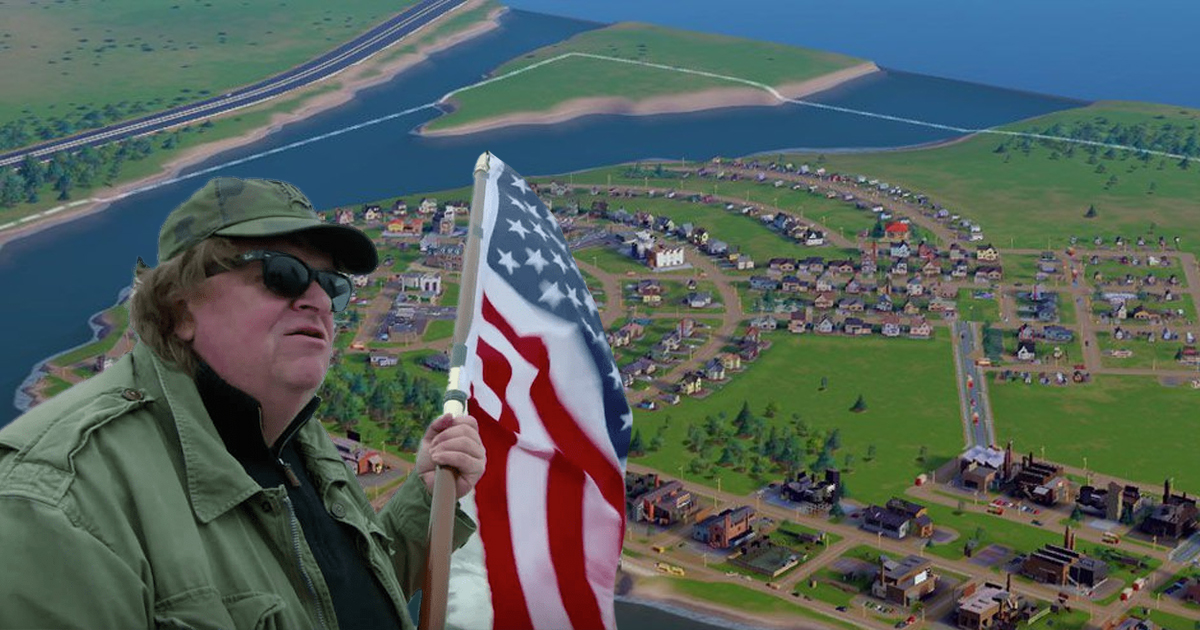 CHICAGO — Controversial documentarian Michael Moore premiered his newest film at the Gene Siskel Film Center over the weekend to a standing ovation. The film, titled The Sims of the Father, focuses on the city of Brianville which you created in SimCity 2000 for Game Boy Advance and swiftly abandoned in 2003.

“The people live in filth, there is no running water or electricity, unemployment is at 80%, and there is tremendous overcrowding,” Moore told the packed theater during a Q&A. “Someone had to shine a spotlight on the criminal negligence of the monster who created and abandoned Brianville.”

According to the documentary, which is rumored to be a contender for the Palme d’Or at Cannes this year, the city of Brianville has endured floods, fires, riots, tornadoes, earthquakes, and even a monster attack and an alien invasion. However, the citizens’ pleas for assistance went ignored as conditions grew worse and worse.

“I didn’t complain when they built an industrial plant right next to my house,” one Brianville resident says in the film. “But once the river flooded and permanently submerged half of the city, I think a lot of people started to turn on each other. It doesn’t help that there’s only once police station here for eight million people.”

A gripping record of a city at the mercy of its founder’s incompetence, Moore’s film is a public demand for you to take accountability for what you have done. Throughout the film’s two hour and 16 minute runtime, various Brianville residents beg you to decommission the five power plants you built surrounding the city’s only school, or, at the very least, rebuild the collapsed bridge so that citizens can get to the business district and begin to rebuild Brianville’s working class and economy.

“I honestly suggest we just nuke it,” City Planner Jin Fong says during a particularly evocative scene where he and Moore survey the city from a rooftop. “Just bulldoze it all flat and start again. I mean, this guy should be ashamed of himself. I’ve been to Caracas and felt safer.”

Several people left the theater during the screening, saying the images made them queasy and distraught. One woman, through tears, asked during the Q&A if there was any way she could log into your SimCity with her iPhone to help. A viral change.org petition requesting that the government forbid you from holding public office in a SimCity ever again already has 500,000 signatures.

Despite the fact that the film has still not been widely distributed, Moore announced to attendees that he is already working on a follow-up film about additional crimes that you committed during your brief tenure as a roller coaster and zoo tycoon.