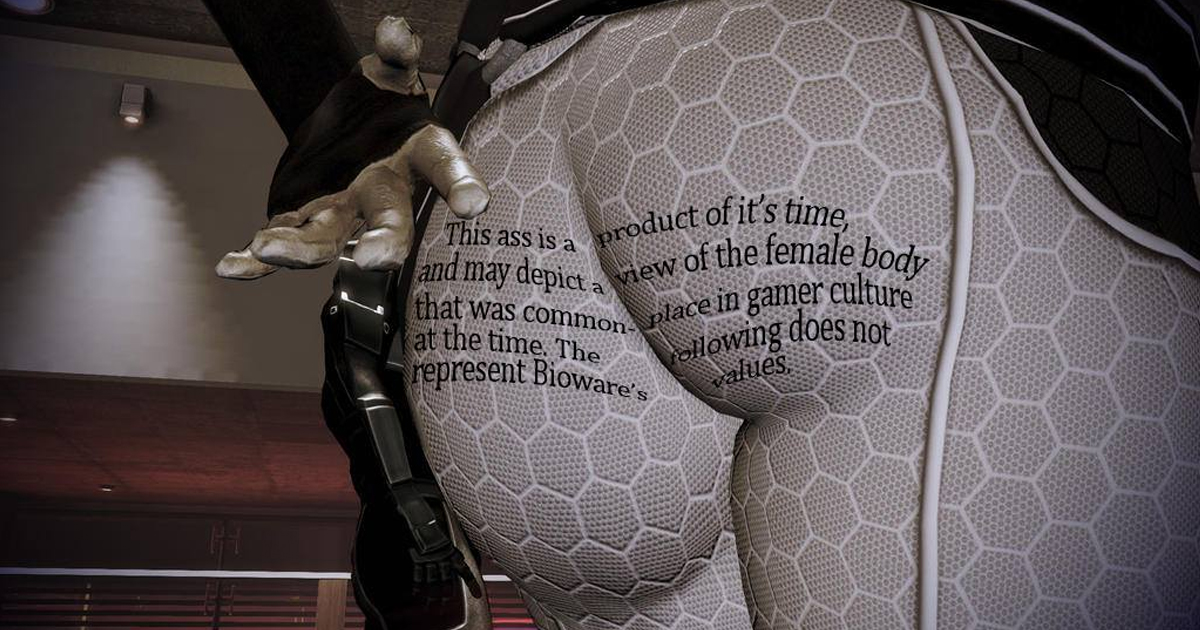 EDMONTON — Following negative responses to their initial statement, a Bioware press release has revealed their new decision to imprint a disclaimer on Miranda’s butt in Mass Effect: Legendary Edition as a compromise.

“People expressed concerns that we were not holding to the originally intended artistic vision,” said director Mac Walters. “Those have come chiefly through death threats, sure, but we want to listen to feedback from our fans — and it has become apparent that to them that Miranda’s thick ass is an integral part of the beloved Mass Effect story.”

The disclaimer superimposed over Miranda’s posterior will express that it is ‘a culturally outdated depiction of a woman’s butt’ and a ‘product of its time’ in an effort to preserve the multiple cutscenes angled directly up at her ass while emphasizing its sexist and objectifying nature.

“We didn’t plan to put it on her butt, but there wasn’t any room on screen,” Walters said. “However, by putting it into focus, maybe we could reach across to the other side, and have them really consider what they are looking at critically. While they are looking at Miranda’s thick, lucious, vacuum sealed ass, it’s also an opportunity to educate them and possibly change some hearts and minds.”

At press time, gaming activists energized by this decision have founded the ‘Video Game Ass Preservation Task Force’ which will meet weekly in an Arby’s nearby Blizzard headquarters.