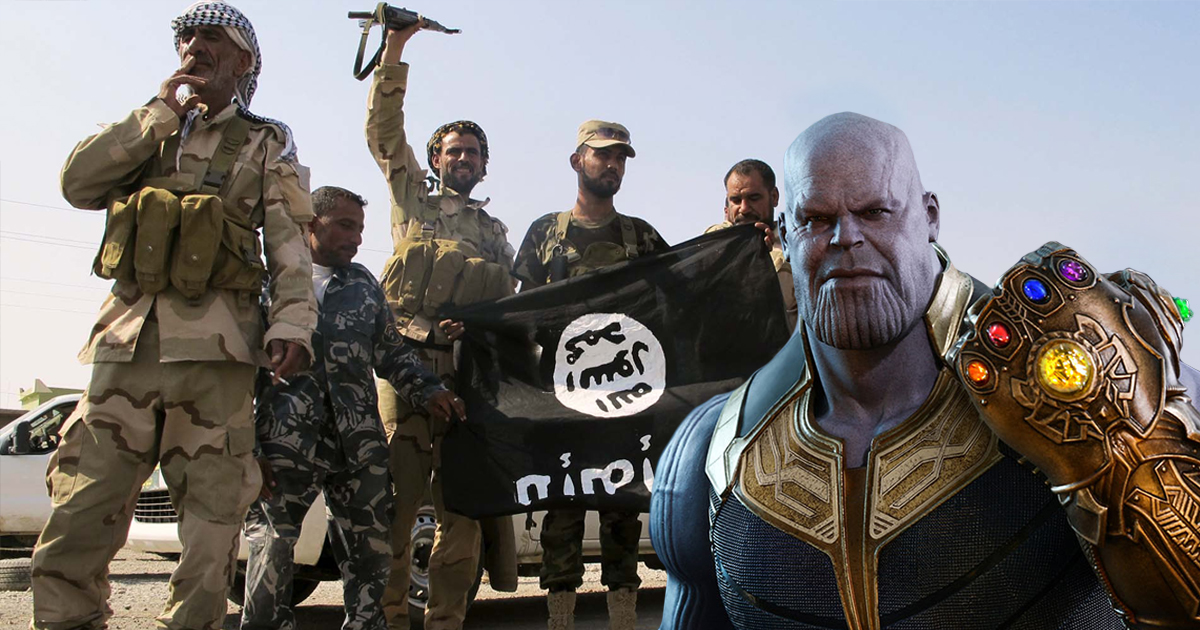 LOS ANGELES — Joe and Anthony Russo revealed today that, not only is it canon in the Marvel Cinematic Universe that Thanos erased ISIS with the snap of his fingers, but that if the Avengers save the day, the terrorist group will return to Earth.

“When Thanos erased half the universe in Avengers: Infinity War, he made sure the choices were completely random. As a result, the entirety of ISIS ended up among the erased,” Joseph Russo told fans at a recent convention. “So if the Avengers save their friends, they also will be saving ISIS. That’s just how it works, unfortunately.”

Fans and reporters alike were baffled by the sudden announcement and many took to Twitter to ask the Russo brothers how large a roll ISIS will play in the currently unnamed Avengers 4.

“They may not be explicitly mentioned, but it will be weighing on the mind of every hero as they try to rescue their friends, knowing it will also cause the most deadly terrorist organization since Al-Qaeda to return,” Anthony Russo explained. “Plus, I don’t want to give away any casting details.”

“For years, Marvel has been criticized for moralistic black and white stories that lack real consequences or nuance,” Joe Russo said, following his brother. “Try pulling that bullshit card on us now that you know that if you want to see Peter Parker come back to life, it means also being OK with the entirety of ISIS returning as well.”

“Originally, at the end of Infinity War, we were gonna have it say ‘ISIS will return,’ but Kevin [Feige] said it was too spoilery, so we nixed it,” Anthony Russo added.”

At press time, reaction on social media had died down until it was revealed that the leader of ISIS in the MCU is a woman, which resulted in hundreds of death threats sent to the Russo brothers.