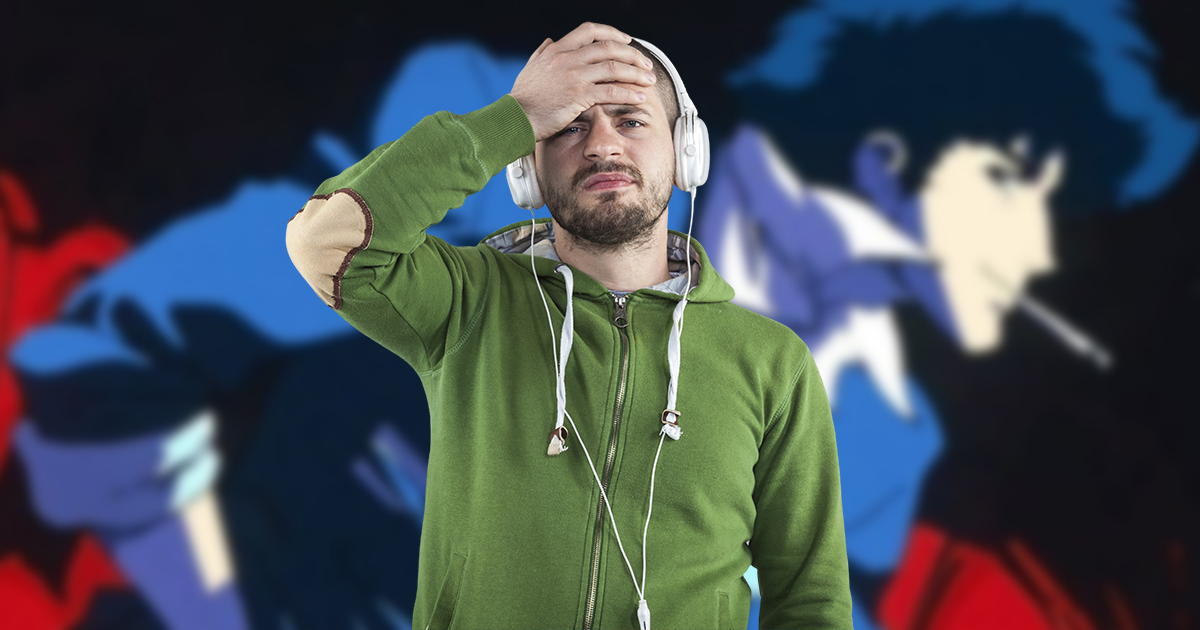 LOS ANGELES — Local anime fan Jason Dominguez listened to nearly half an hour of a jazz album last Friday at a record store before coming to the conclusion that it’s actually just Cowboy Bebop itself that he’s interested in.

“I just really like how cool Spike is, and how his fight scenes are set to jazz, with all those trumpets and the saxophones,” said Dominguez, 26, when pressed for comment. “It’s just surprisingly badass music to fight to, y’know? So I thought I’d head to the store and find some music that’ll kinda put me in that space-faring, bounty-hunting mindset. I guess I’m not that classy, afterall. I just like anime.”

Dominguez reportedly spent a few minutes looking through albums by Miles Davis, Charlie Parker, Kenny G, and the Broadway recording of All That Jazz while audibly humming the main theme to Cowboy Bebop.

“I think I was hoping there’d be more stuff about spaceships and bounty hunters?” he said of a record by The Brand New Heavies. “Maybe like one song about corgis or something, and I kind of assumed that Steve Blum would have a role in this somewhere.”

“This happens a couple of times a month. Someone comes in, usually they’re wearing a lot of pins or something, and they start asking about our jazz section. Sometimes I give them a jumping-off point, sometimes they dive right in, but after wandering around for a while, they always come over and ask about the band Seatbelts. That’s when I pull out these bad boys over here,” Vercetti said, indicating a stack of vinyl pressings of the album Cowboy Bebop, the official soundtrack of the show. “They usually don’t make it a whole 30 minutes, though. I’ll give that kid credit — he gave it his best shot.”

Dominguez did eventually catch sight of the soundtrack albums, making his way over to the counter to purchase a copy and reportedly ask whether Vercetti had heard of Fooley Cooley.