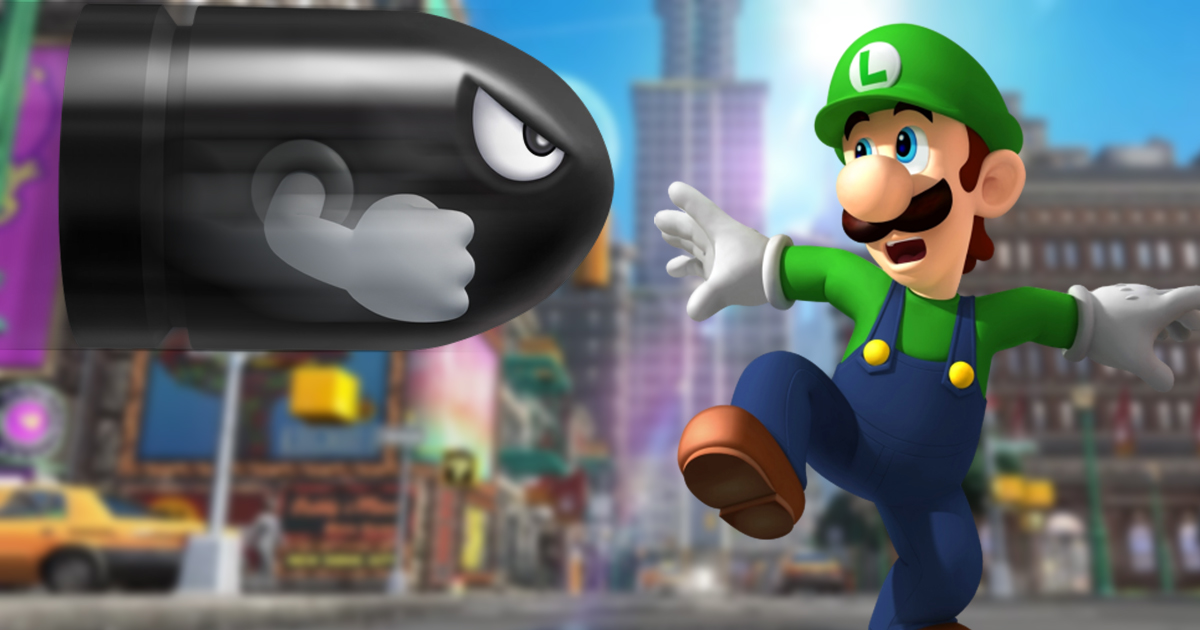 NEW DONK CITY — Beloved local hero Luigi was blinded in his left eye at a protest against police brutality yesterday, when he collided with a rubber Bullet Bill employed by the New Donk Police Department, witnesses confirm.

Protesters packed the streets in front of New Donk City Hall to demand the firing of Officer Wario, the now-infamous police officer tied to 15 civilian deaths and more than 50 excessive force complaints over a ten-year career with the NDPD.

“A capitalist police state is supremely un-funky, my dudes,” said peace activist Funky Kong in his address to the assembled crowd, which faced a line of NDPD officers in riot gear.

While the protests were initially peaceful, the tone shifted when a single banana peel was reportedly tossed from the crowd towards a group of NDPD officers guarding a historic statue of Donkey Kong clutching Mayor Pauline. A clip from a protester’s livestream contains audio of an unnamed person shouting “Waaaaaaaaaaaah” before officers swarmed the area, deploying red shells, fire flowers, hammers, lightning strikes, bombs, and dozens of other miscellaneous weapons in an attempt to disperse the crowd.

It was in the ensuing fracas that local icon Luigi was struck in the face by a rubber Bullet Bill.

“He had locked arms with us on the front lines, which was cool because, like, nobody’s fuckin’ seen Mario out here, if ya get what I mean,” said one protester. “Meanwhile this, like, infamous coward is out here on the front lines standing up against injustice. Then all of the sudden he was just down, and we’re all trying to check on him. Then a squad of Hammer Bros charges in, and before I know it we’re all face down getting screamed at.”

When asked for comment on what occurred, Luigi had few words to offer.

“Mamma mia. Luigi lose,” he said through tears, before opening his remaining eye with firm resolution. “But the people? The people win. The people number one! Wow. Mayor Pauline needs to a-stop singing empty platitudes and a-fucking resign.”
Mario has not yet responded to inquiries about the safety of his brother, but did share a vaguely worded message on social media this afternoon.

“The life and safety of every citizen is sacred,” said the message in part. “Thank you to both the protesters and our hardworking officers of the law for each doing their part to protect this great democratic experiment. I know we will come out of this stronger, even if the growth is painful. And it’s in that spirit that the Nintendo Online Store will be offering a 10% discount on Nintendo Switch Online for the rest of this weekend. Because nothing brings people together like Nintendo.”