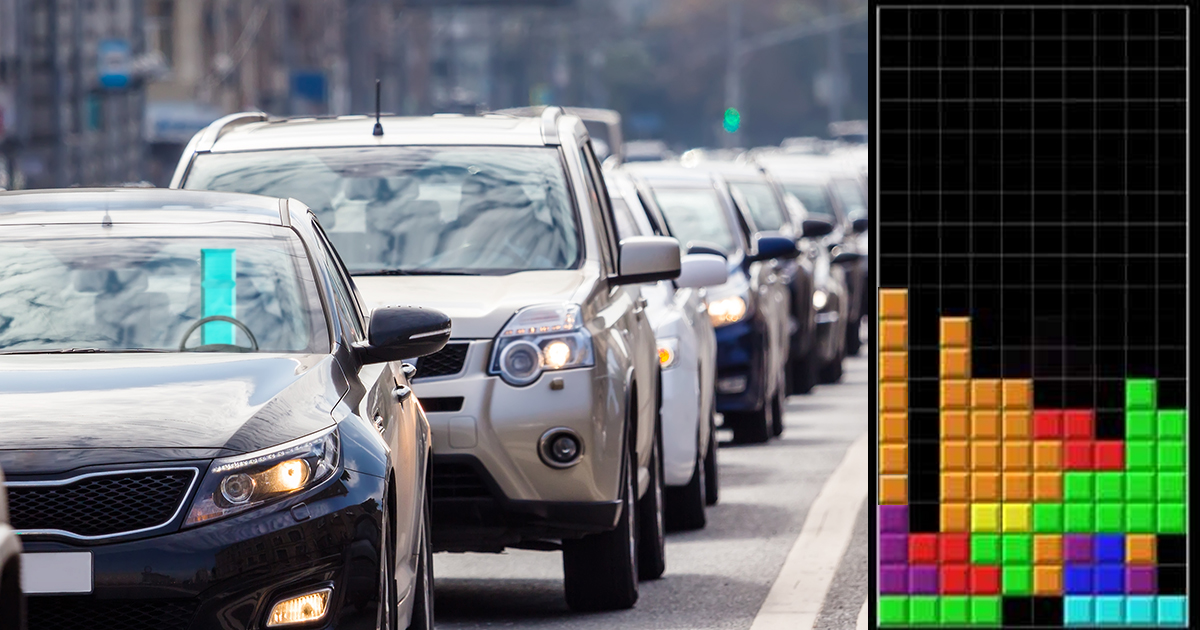 IRVINE, Calif. — Games of Tetris everywhere were held up for hours today as the Long Piece found itself stuck in rush hour traffic on the 405 freeway.  The delay caused severe backups around the world and raised stress levels in an already anxious Long Piece.

“I can’t believe this bullshit,” muttered the Long Piece during a FaceTime call from the traffic jam. “My wife’s sick so I had to pick up my daughter from school, and I get on the freeway on my way give you people your precious line clear and wind up in this shit show.”

“Don’t these peasants know I’m a V.I.P., goddammit?!” he shouted through his sunroof, which his head sticks out of, due to his incredible height.

As the Long Piece’s commute stretched into its second hour, its face on the video chat appeared to become increasingly agitated.

“My phone’s been blowing up like crazy, Square won’t stop asking where I am and T-Shape keeps threatening to leave the game. Look, assholes, you try driving in this clusterfuck and see how fast you get there.”  Long Piece screamed at a nearby driver, “Hey nice signal, Jackass. Definitely not showing up the next time you boot up Tetris you neanderthal-looking motherfucker.”

The phone call was temporarily interrupted when Long Piece lit a cigarette, taking a long slow drag before muttering, “I swear to Christ if you tell your mother I’m smoking again, you’ll never live to be four squares long, got it?” to his visibly shaken daughter in the backseat.

“Nobody knows the kind of stress I’m under. If I don’t show up every damn day, everyone’s game gets backed up, and all the pieces and players look at me like I’m the asshole.  Here’s a thought: Why don’t you blame the idiot who only tries to clear lines with a Tetris, huh? There’s plenty of other ways to get rid of this shit without me having to do all the legwork you uncreative fucks.”

While the traffic jam didn’t appear to be letting up anytime soon, the phone call abruptly ended when the cars in traffic lined up perfectly and they all disappeared, resulting in thousands of deaths.