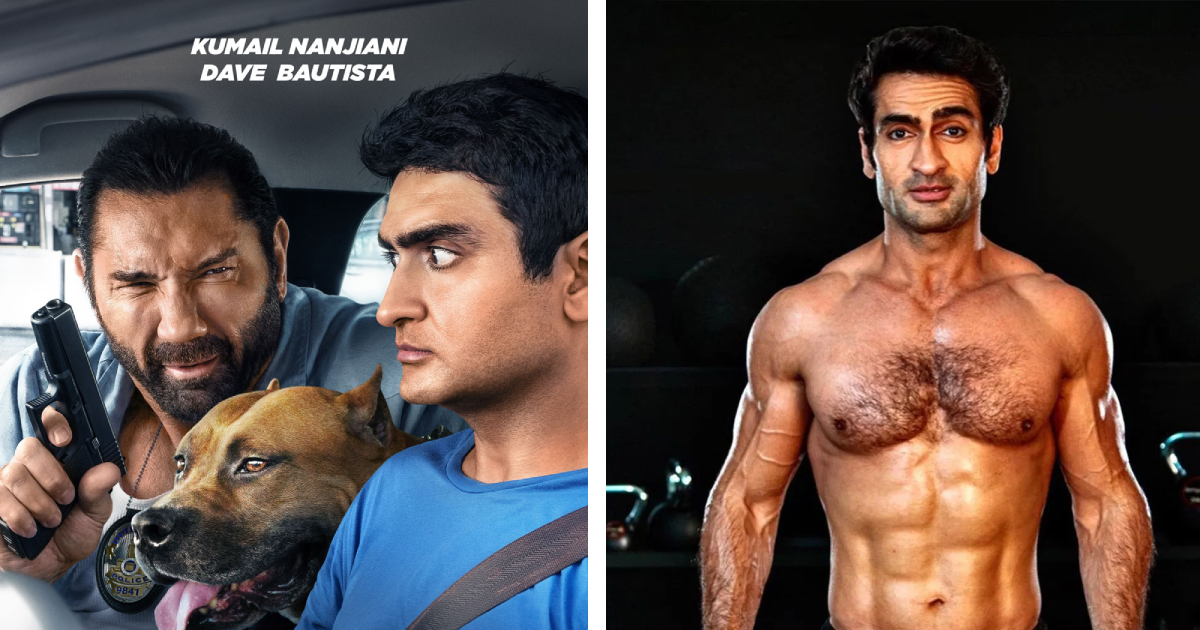 LOS ANGELES — Actor Kumail Nanjiani took to the internet recently to show off his new muscle-bound physique and talk about his fitness routine, confirming that he found motivation to stick with his grueling workout regimen by reading and remembering reviews for the widely maligned Stuber.

“I often got to a point, around my four or five hundredth sit-up of the morning, where I thought ‘surely my abs are good enough by now. Like, what the hell is an Eternal, anyway?’” said Nanjiani, slowly licking a single stalk of celery. “But then I’d inevitably remember one of the thousand garbage Uber puns from Stuber reviews, and I’d rip off so many crunches I would very literally shit myself.

“Every day. I shit myself while doing sit-ups every day for a year.”

“Obviously I’ve never actually seen Stuber, but any time I felt like Nanjiani was slowing down I’d yell stuff like, ‘the plotting leaves much to be desired’ or ‘that scene where Nanjiani tries to be funny was very much not funny,’” said McDonald, pulling the celery from Nanjiani’s hands. “You eat when you do more to elevate the mediocre script, bitch! Poor writing is no excuse!”

Although many were worried Stuber could be considered a step back for Nanjiani’s career, Disney executives claim the film is what inspired them to work with Nanjiani in the first place.

“When we initially began casting, we weren’t sure Kumail would be properly motivated to get that classic Marvel body given his success as a comic actor, but then we read a few scathing Stuber reviews, and we realized this dude was at rock-bottom,” said Disney CEO Bob Iger. “We only signed Bill Downey after he convinced us he still worried he could relapse at any time.”

As of press time, Nanjiani was loudly telling an unwrapped Twinkie on his kitchen counter it was the one who “relies too heavily on fart jokes.”