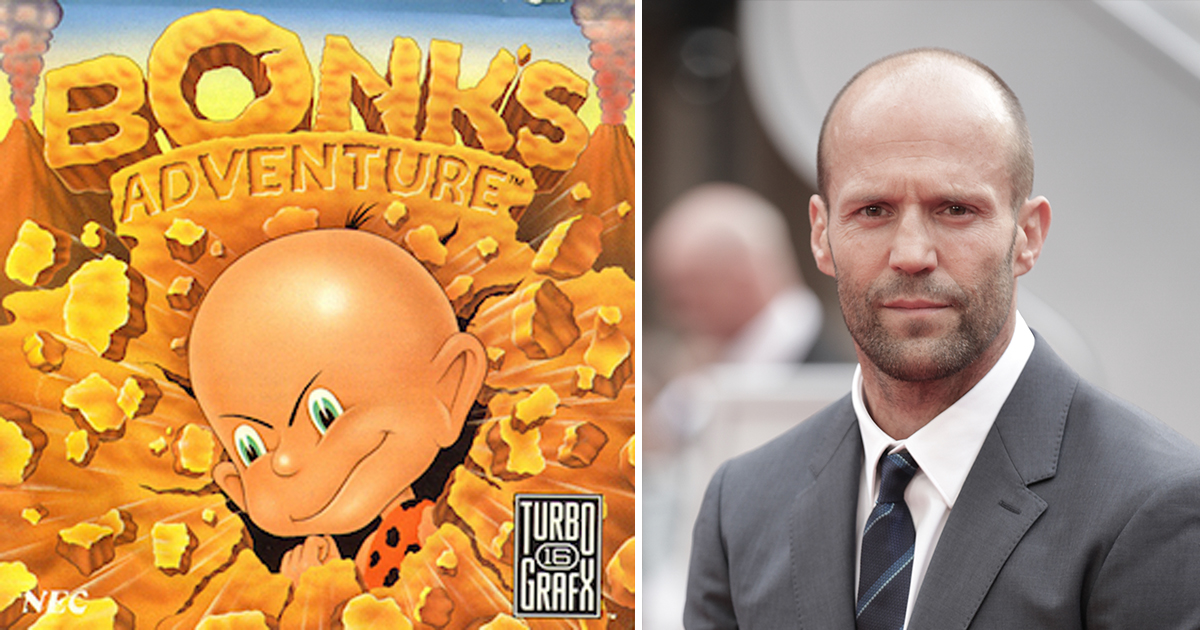 LOS ANGELES — Jason Statham addressed a crowd of reporters Tuesday morning after the news broke that he would be playing the caveman Bonk in Paramount Pictures’ upcoming live film adaptation of the game Bonk’s Adventure.

“I am thrilled for the opportunity to play Bonk and I relish the chance to bring his adventure to life,” said Statham, who beat out dozens of other bald actors including Vin Diesel and John Travolta for the coveted role. “At first, I was like, ‘this guy’s bald. I’m bald. Seems like a perfect fit.’ But then I learned more about the character and I was fascinated by Bonk’s headbutt-only fighting technique and how he plummets head first into prehistoric baddies. I think there will be a lot of interesting emotions for me to explore here.”

Fellow action star Jet Li has been tapped to direct the $78 million film, which is set to begin shooting this October. Paramount executives originally wanted a family-friendly action romp a la Jumanji but Li has gone on the record that he wants a “massive body count” for Bonk and envisions a hyper-stylized blood bath.

Some in Hollywood believe that Paramount has wildly overestimated the nostalgic appeal of Bonk, a character originally developed for the long-defunct TurboGrafx-16 console, but Paramount spokesperson Gill Carmichael disagrees.

“Our research suggests that the appetite for third and even fourth tier video game characters like Bonk have untapped market appeal. We also firmly believe Bonk’s Adventure is a classic tale that will appeal to both new fans and die-hard Bonkaholics alike. And have you seen Jason’s head? It’s perfect.”

At press time, a full press release clarified that although Bonk’s Adventure has been greenlit, it will never actually get made and instead spend 15 years in development hell.