It’s Time to Face the Facts: Pinky and the Brain Are Never Going to Take Over the World 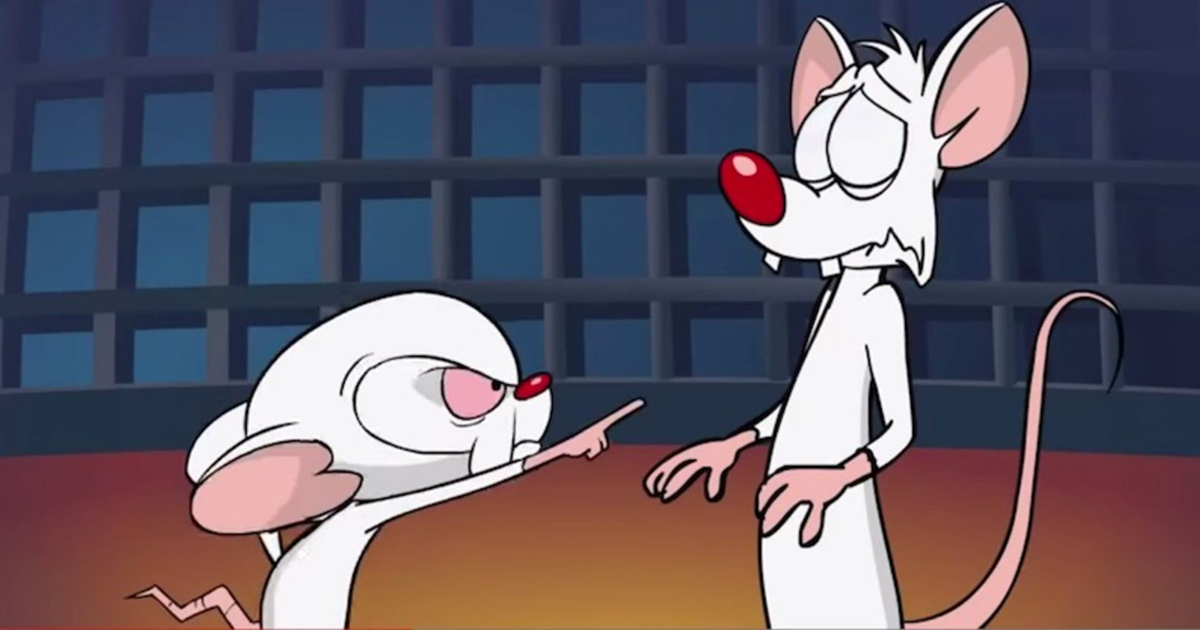 As America ages not-so-gracefully into its 240s, with climate change knocking on our doors and tribalism facing all-time highs, it’s time we become realistic about the idealism of our past and finally admit to ourselves, as a nation, that Pinky and the Brain will very likely never take over the world.

For those not in the know, Pinky and the Brain are two genetically enhanced lab mice — the latter is a genius and the former insane — who have had lofty goals of taking over planet Earth since 1993. But after countless failed attempts at achieving world domination, it’s time we take stock of the fact that this a nearly impossible task. The hopeful confidence of the ‘90s are long gone, and with it, the dreams of these two mice — as well as the idealistic citizens who followed their every move.

First of all, as I mentioned earlier, Pinky self-identifies as insane. He constantly ponders about cheese instead of global domination and he foils his own partner’s plans consistently and constantly. Brain, on the other hand, is too clever for his own good. He’s overconfident and, as a result, careless. Both are clearly products of their time, not to mention their own failures, and, no matter how difficult it may be to move on, need to be left behind.

Generation Z is blossoming just as the values of Generation Y and Millennials set. Those born young enough to witness the birth of what once seemed a promising, inspirational venture are now in their 30s and forced to explain to their children why these two aging lab mice will never make it into the chapters of their history books.

We need to look forward to the future. The legends of tomorrow, be they We Bare Bears or Hilda, are the new idols in which we must place our faith. Perhaps our old friends Pinky and the Brain can find solace in the idea that the journey is the destination. For us, however, we need to be pondering something — someone — else.