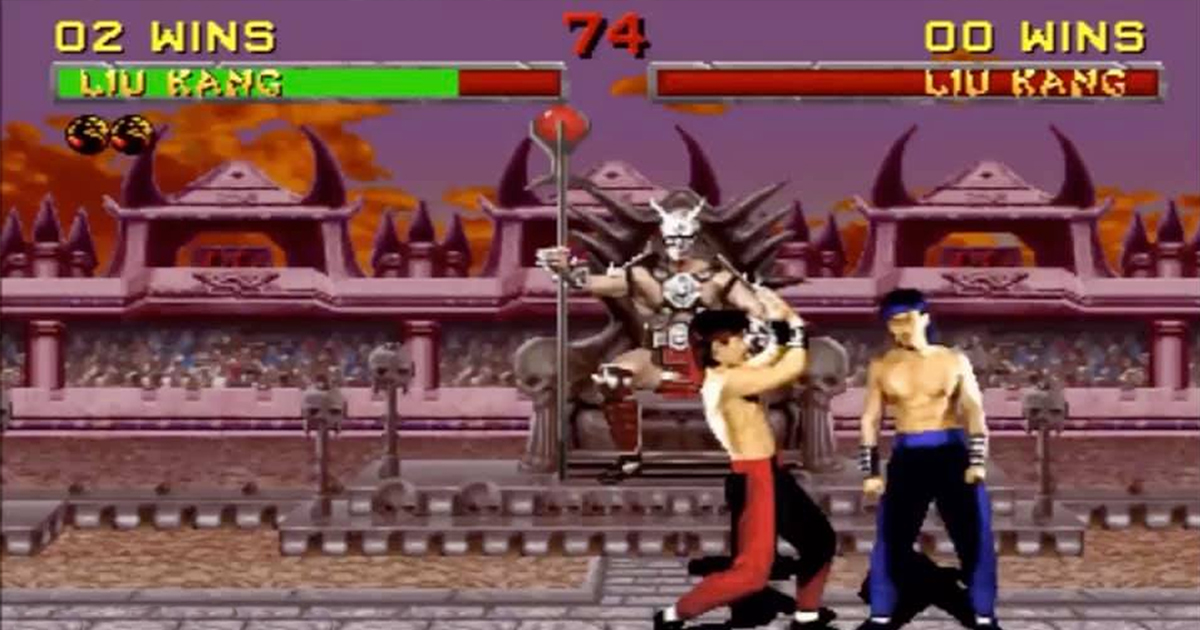 OUTWORLD — Two participants, who by all accounts appeared to be exact replicants of one another, were reportedly grateful to have brought different colored pants to the Mortal Kombat tournament, several sources have confirmed.

“You know, I had a feeling this might happen,” said Liu Kang, a lifetime resident of Kansas City.  “I’ve been confused for the other Liu Kang once or twice when I’m fixing someone’s air conditioning, and I guess in a weird way that was maybe what made me think I could compete in this tournament. And if I got in, I figured he sure the heck did!”

Although the fighters weren’t both meant to be included and the second Liu Kang had just been invited to participate as an understudy if need be, as is common practice, a last second drop out meant that the spare Liu Kang was actually in a position to help the tournament deal with the emergency.

“Yeah, that guy really helped us out this year,” said Monty Henderson, an intern who’d been put in charge of scheduling the evening’s rounds. “Baraka can’t get a flight out of whatever fuckin’ swamp he lives in, and he decides to tell me that today! Unbelievable. If that weird extra Liu Kang hadn’t been here, Shao Kahn would’ve had my ass. For real. He puts Intern Asses on his office wall. It’s an intimidation thing. It sucks here.”

Though not commonly discussed, some veterans of the tournament verified the importance of thoughtful wardrobe choices.

“Yeah, first year we showed up, me and Scorpion had the same colors on,” said Sub-Zero, one of the iconic faces of the Mortal Kombat tournaments throughout the years. “That’s why we always wear the blue and yellow ever since, because it was such a disaster. The referee said I won, even though I hadn’t and he had just gotten switched around in his head. Scorpion cut his ass off and hung it on his wall after that. If you think I am joking, I assure you that I am not.”

Unfortunately, the two Liu Kangs will not face off in the second round of this year’s event, as many had hoped. Blue-panted Liu Kang was matched up against police officer Stryker in the first round, who just shot him in the face with his gun.