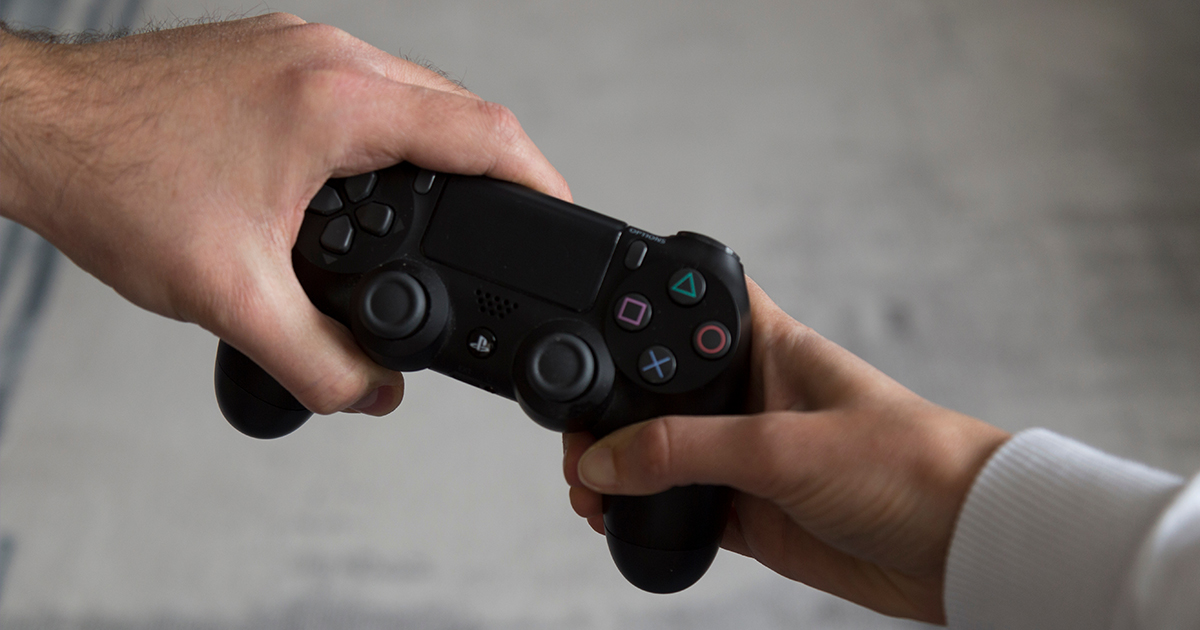 BARNEGAT LIGHT, N.J. —  Self-described platonic friends Nathaniel Hester and Dorian McIntosh were forced to imagine a saucy domestic fantasy in which they fell deeply in love and spent their entire lives together after accidentally brushing fingertips earlier this evening, nosy sources report.

“So I was, just, y’know, handing him the controller,” said Hester, refusing to make eye-contact with anyone in the room. “And all of a sudden — I don’t know what happened — our fingers were touching. And in my head I was like, ‘Bro, your fingers are crazy soft.’ Not to be weird or anything, but I thought I was touching straight-up silk. Like, no joke, silk. So then I thought, like, ‘How weird would it be if we just held hands for fun?’ I almost said that out loud, but it grossed me out so much that I was totally zoned out thinking about it. I sort of forget what happened for the next five minutes, but eventually I was thinking, like, ‘Ew, dude, what if we were married? Like, what if we had this cute little Brownstone in Park Slope where I could feel his silken hands all day?’ But then it was my turn again, so I got to stop thinking about it.”

“I can’t believe I had to touch Nathaniel’s nasty-ass fingers,” said McIntosh. “They were all weird and leathery — like he had been working outside in the hot sun all day, sweating, taking off his shirt and stuff. I really hate thinking about that shit. But, like, how am I supposed to help myself when our fingers are all intertwined like that? I mean, not, like intertwined, I guess. There’s my imagination going crazy again.”

At press time, Hester and McIntosh were looking into purchasing a second controller.