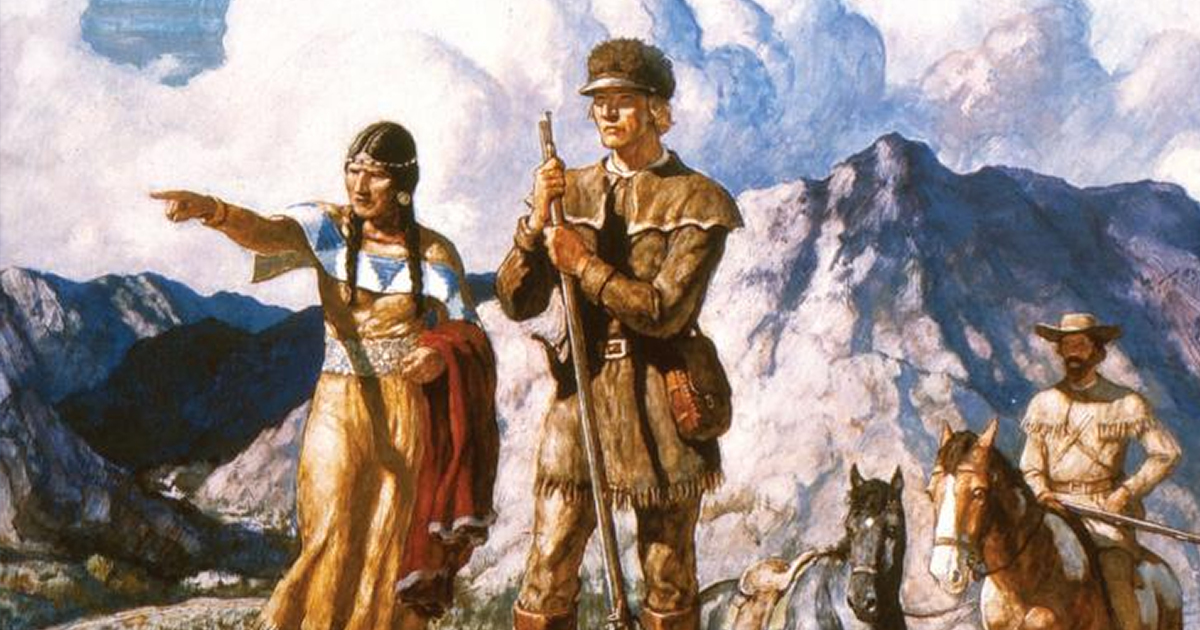 HELENA, Mont. — A newly discovered journal of their expedition has revealed that famed American explorers Lewis and Clark apparently mapped the entirety of the Louisiana Purchase by climbing a big tower in what is now known as Great Falls, Montana, and looking around at all of it.

“Awoke at camp to discover Lewis ascending the dreaded tower and squeezing his fingers into those damnable outcroppings,” William Clark writes in one recently unearthed passage. “One would be tempted to think the column was actually designed to be clambered up like a monkey, rather than simply entered and climbed with manly resolve. After conquering the colossal pillar, the commander then leapt like a man possessed from the belfry, unharmed, into ten feet of swamp water.”

This journal, recently scavenged from Meriwether Lewis’s burial site by a historian, sheds light on how the expedition party conquered the vast open world of the Louisiana Territory.

“After losing my coin purse in a treacherous river crossing, we found ourselves unable to purchase wagon oil from wandering traders,” Lewis writes in a later entry. “As Clark tells it, he marched to a native settlement 10 miles away, performed odd jobs for the better part of an hour, and returned to the caravan with ten thousand dollars and several blighted swords.”

The lost journal sheds light on other forms of transportation used by the party, such as wild horses, caravan-jacking, and jumping against a mountain to find an invisible ledge. Large portions of the journey were done on foot, reportedly because the group was out of horse-whistling range and “really did not fucking feel like going all the way back there.”

Late chapters, filled in during the harsh winter of 1805, show the expedition’s failing morale.

“Lewis stormed out of camp this morning in a huff, and just kept walking into the horizon.” Clark writes. “Having stepped into the snow to relieve himself, he was confronted by ‘an impassable death blizzard’ about ten feet off the path, and rambled at length about how it ‘totally ruined his immersion.’ I think the man bewitched.”

The journal’s afterword reveals that party member Charles Floyd, recorded as dying from appendicitis in 1804, respawned in Pittsburgh several days later because he had forgotten to sleep at any base camps.