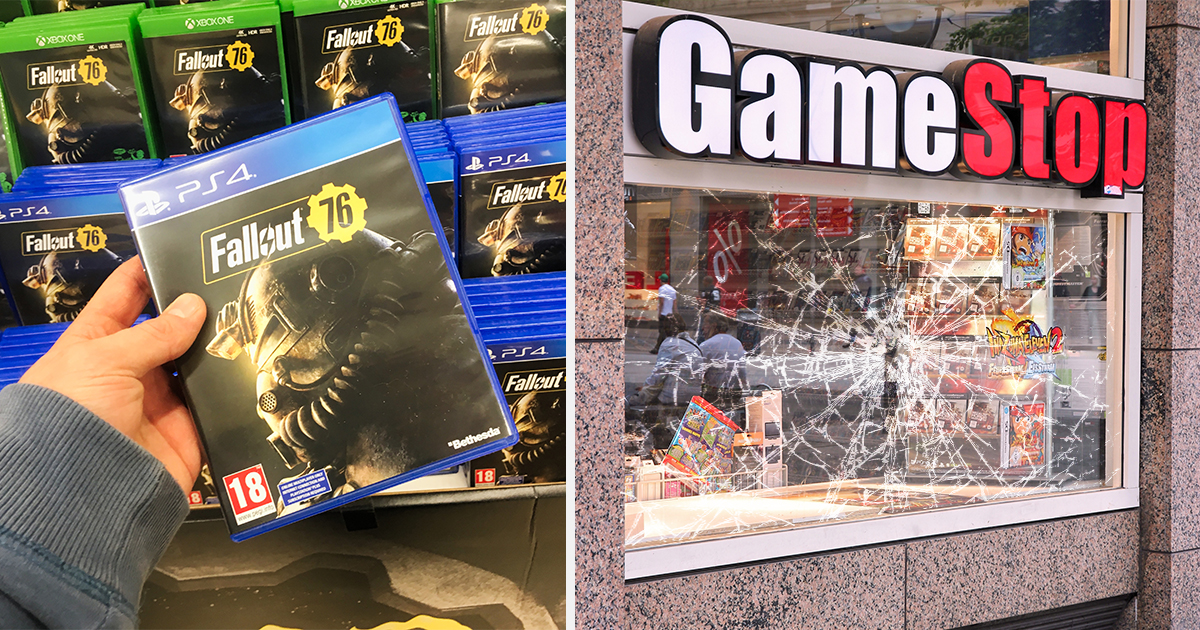 BOSTON — An unidentified looter was seen breaking into a Gamestop early Friday morning and absconding with over 300 empty video game cases, according to sources.

“I’m set for life!” screamed the looter, who remains at large, as he ran off into the woods carrying a large sack filled to the brim with empty video game cases. “I’m gonna quit my job, I’m going to drop out of school, I’m going to start my own craft brewery! Fuck you, Dad! I told you I’d make it! Suck my dick, Gamestop!”

Stocking store shelves with empty video game cases has been GameStop policy for years. It’s intended to help negate shoplifting along with a few other benefits.

“Several years ago, corporate instituted a company-wide Prima Nocta Initiative. Every time we get a brand-new game, we open the case and pull it out so our shitty little bitch customers know we’re in charge,” explained Senior Game Advisor Juan Simmons. “Also, do you want to sign up for a Power Up Rewards card? You’d be doing me a huge favor, and you’ll get an extra three percent on all Funko trade-ins.”

While the looter clearly overestimated the monetary value of his haul, experts believe his actions may still have a significant economic impact on the company.

“Okay, yes, so he didn’t get any actual games, but those boxes don’t exactly grow on trees,” explained Gamestop executive Regina Buttersworth, scratching absentmindedly at her neck. “I mean, that’s probably, what, five dollars in plastic? The percentage of our monthly revenue that represents would shock you.”

As of press time, the looter was seen running from a Food Lion with an armful of unactivated gift cards and a party sized bag of Chex Mix, bringing the monetary value of his heists to $11.