Guy in D&D Group Clearly Wants to Fuck His Character 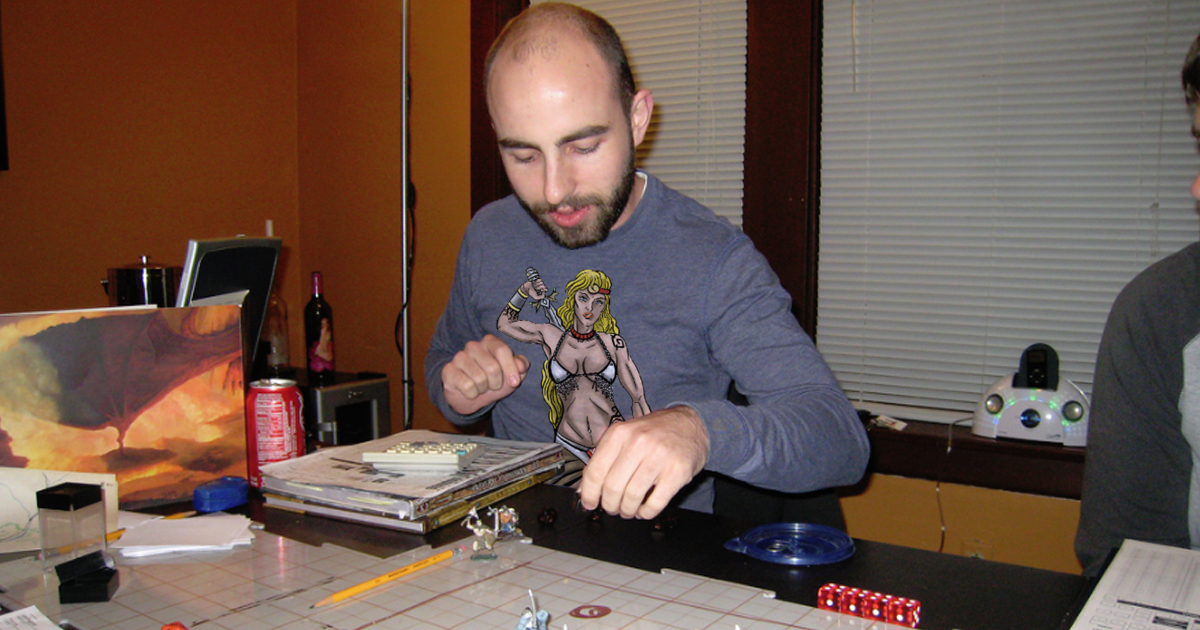 LOS ANGELES — After numerous campaigns, it reportedly became obvious to members of a local Dungeons and Dragons group that Bryan Kirk, a newly added player, wants to “bang the shit” out of his Elven sorcerer character Vylixia.

“When dudes make really sexualized female characters, it’s always a red flag,” said disgruntled party member Peter Hunt. “Bryan has gone way too far. Every time he talks to an NPC, he puts on this ‘sexy girl’ voice and shifts around in his chair. It makes my skin crawl.”

“We have only met up three times so far, but Bryan has already commissioned a $600 drawing of his character Vylixia that is extremely specific to his descriptions of her in the game,” Hunt continued. “Ya know, except for the fact that the drawing shows her in a metal bikini.”

Kirk, who is one of the Dungeon Master Mike Cantwell’s friends from work, continued to refer to his character with words like “sultry,” and “temptress,” even as the rest of the group recoiled. Every time the group would encounters a female NPC, Kirk reportedly insists on rolling Charisma checks in an effort to construct yet another uncomfortable lesbian sexual encounter.

“The worst part is that he is actually extremely knowledgeable about D&D and uses a variety of spells to always get what he wants,” explained fellow party member Christina Newell. “You know those silly cantrips you expect no one to ever pick? This guy’s seducing NPCs left and right with friggin’ Silent Image.”

Kirk, however, seems to think his clunky and sexist dialogue is a boon to the group. “As a High Elf, Vylixia is naturally irresistible, anybody calling me a pervert doesn’t have much understanding of the Dungeons and Dragons mythology.”

“You have no idea how thankful I was when Hunt rolled a natural 20 and killed that feral octopus right before Kirk’s turn,” Cantwell added, shuddering.

At press time, the group agreed that despite how uncomfortable Kirk made them all feel while playing D&D, at least he was one hundred times better than their friend Dave, who keeps insisting he will be at the next session and then cancels last minute for reasons he should have known for months.