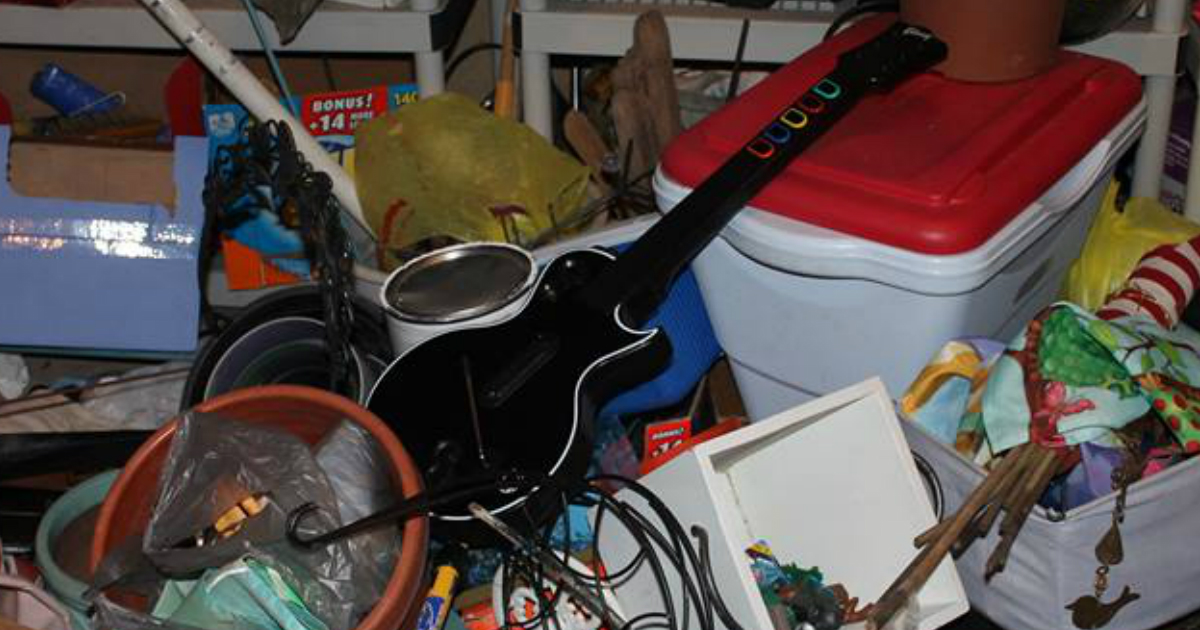 SACRAMENTO, Calif. — After years of taking up space inside the back of his living room closet, 29-year-old Adam Parker rediscovered the plastic guitar controller that came bundled with his copy of Guitar Hero III: Legends of Rock for approximately three minutes before moving it to a box inside his garage.

“Honestly, it felt like a long time coming,” Parker explained. “Everytime I went to grab a sweatshirt, I’d see that plastic guitar neck sticking out of a tote bag and feel super bad. It’s like a child you still love but sure the hell don’t want to play with.”

Parker explained that he needed to make some extra closet space to fit a newly purchased shoe rack he purchased with the intention of starting a small collection of high-end sneakers. While he hasn’t connected the controller to his PlayStation 3 console in several years, Parker admits to feeling a little sad when he catches a glimpse of those large colorful buttons, a feeling that he later goes on to describe as a “weird sense of guilt.”

“I spent so many hours on those games,” Parker told reporters with a wistful sigh, “And now it’s nothing but a whole bunch of old memories that even Goodwill won’t take.”

While it’s unknown how long these items will live in the garage, Parker hopes to generate the mental energy needed to create an Amazon listing within the next seven to ten months.