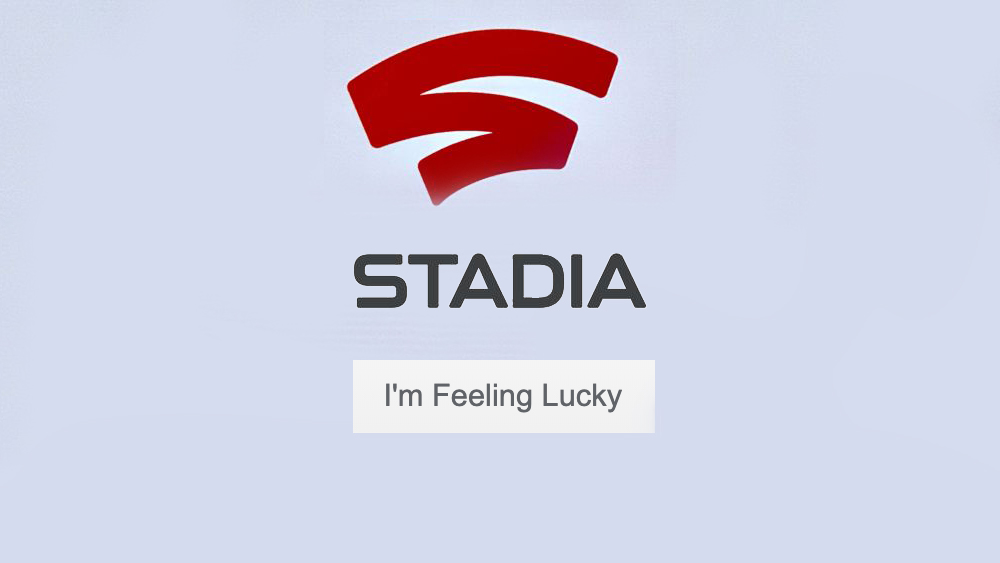 SAN FRANCISCO — Google revealed a new video game streaming platform called Stadia at this year’s Game Developers Conference. The service has a robust set of features, including an “I’m Feeling Lucky” button that randomly chooses which corporation gets to purchase each player’s personal data.

In a live demo of the revolutionary technology by Google Vice President Phil Harrison, a trailer for Assassin’s Creed Odyssey on YouTube was immediately followed by an option to click the “I’m Feeling Lucky” button which, when clicked, instantly began streaming the game within a browser window and instantaneously sold his browsing data to an ad tech startup in Newark, New Jersey.

“With Stadia, our mantra during development was ‘variety’,” Google CEO Sundar Pichai explained. “Gamers across the world will not only have access to all the latest cutting-edge games on a multitude of devices, but they will also have a proverbial cornucopia of companies that their sensitive information can be potentially sold to, all at their fingertips.”

“And this feature will be available at launch, free of charge,” Pichai concluded as the audience rose to their feet in resounding applause.

Google also showed off their new Stadia controller during the presentation. The controller includes a number of great features including Google Assist integration, a video sharing button, and built-in microphone, all of which will enhance the experience of collecting and recording user data to be sold to corporations all over the world.

The Stadia platform is set to launch next year, but interested gamers can sign up for a chance to participate in early beta access by sending Google their name, email address, gender, age, and a vial of their blood.