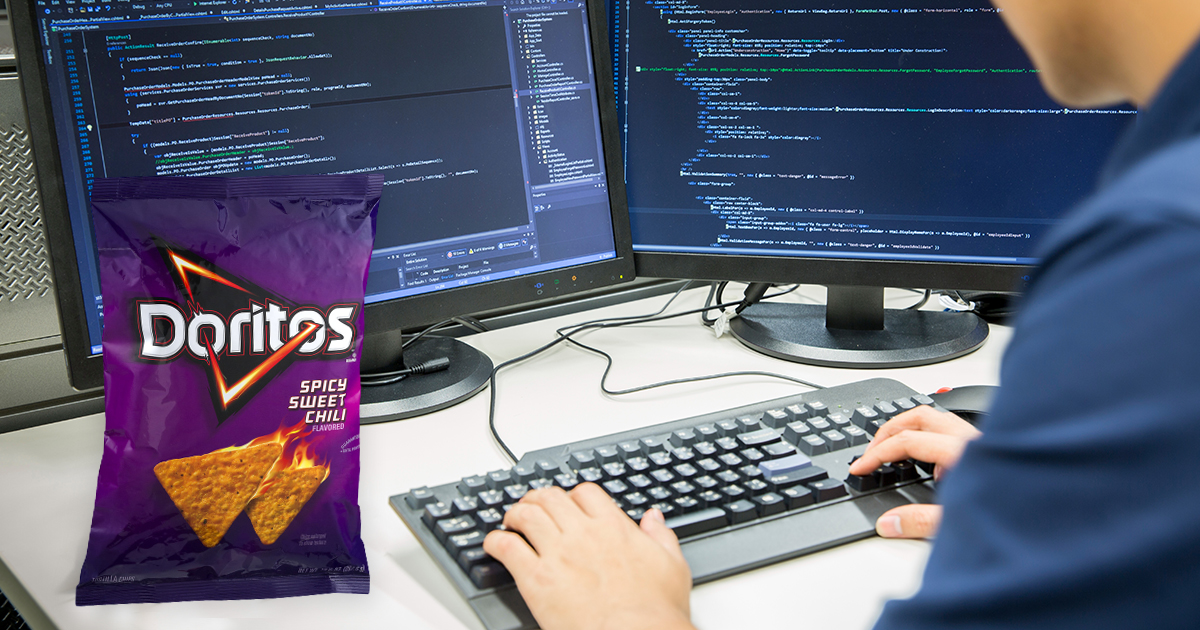 SEATTLE — Tire Tactics, the newly released car combat title from Spitfire Games, has been commended for being produced while respecting employees’ working conditions and also their desires for wonderful Frito-Lay products.

“I wanted to make sure we could make Tire Tactics in 40-hour weeks, even if that meant changing scope,” said James Thomas, founder of Spitfire Games. “It’s just not sustainable, even if you do have a well-stocked break room.”

After working a decade of long hours at major studios like Electronic Arts, Thomas and several members of his old team left to build a more respectful workplace at Spitfire.

“When I was working at big companies, it could be months of 70 or 80-hour weeks. I didn’t have time to go buy a bag of Ruffles on my way home, much less make a trip to, say, Taco Bell. I’m proud to say we don’t pressure anyone here.”

While everyone within the studio agreed late nights at the office were rate, some alleged that Spitfire isn’t as rosey as Thomas implied regarding expectations.

“There’s a lot of pressure to try whatever bag of Doritos the bosses bring in, you know?” said one longtime employee on condition of anonymity. “They’ll be like, ‘Hey, everyone is going to try out these Sweet Chili Doritos today. You don’t have to try any but, like, everyone is probably gonna have some Doritos and they’ll notice if you don’t.’ It’s kinda toxic. Though it is nice I have time to see my boyfriend.”

“Studies show that crunching more than 50 hours a week leads to a catastrophic decline in productivity,” said Rigby. “That is most certainly not mucho extreme. So crunching on the sugar and spice hit of Sweet Chili Doritos is definitely the crunch game developers should be after.”

When asked whether prolonged consumption of fried corn and salt would have any impact on worker quality of life, Rigby said, “That is not my area.”

In the end, the marketplace will decide whether this unique approach to crunch is workable. Wrote one Reddit commenter: “Idk. Playing Tire Tactics wouldn’t be fair to the games from developers of other games who actually were mistreated. After all they sacrificed more. I think I’ll skip it.”