Dad Getting Tired of Cleaning Rupees Out of Lawnmower 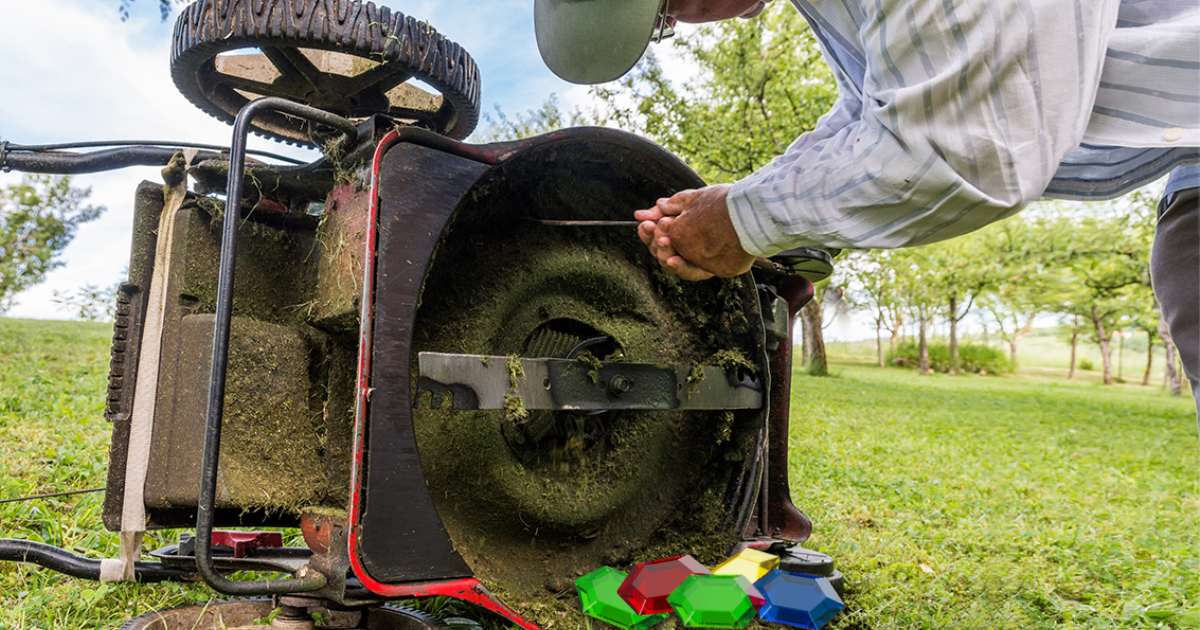 BEAVERCREEK, Ohio — Local father Stu Campbell is reportedly fed up with having to clean hundreds of rupees out of his lawnmower every time he cuts his grass.

“It was a nice surprise at first, like finding a $20 bill on the ground,” said a frustrated Campbell. “But then the mower just stopped working. Now I have to shut it down every five minutes and unlodge a bunch of green crystals from the blades. Who’s hiding all these things in my grass anyways?”

Neighbors became concerned when they overheard Campbell cursing alone in his yard. They later found out that the commotion happened after he stepped on one of several stray arrows buried under the grass.

“I don’t get how all that stuff ended up in there,” said neighbor Terry Wintour. “His yard is so full of junk, it’s like taking care of a minefield. Actually, it literally is a minefield. There are bombs everywhere.”

The deluge of secret items hidden in his yard has driven Campbell to the brink of insanity. His breaking point came when he accidentally ran over a large rock with his lawnmower, cracking it open and revealing a human heart hidden inside.

“I don’t know what to do, he’s gone crazy,” said Stu’s husband Andre Campbell. “One day, he came into the house after working outside and started shattering every pot we owned to prove his point. When he saw that nothing was inside of them, he got mad and yelled about how of course he can never find items when he actually needs them.”

In order to solve the problem once and for all, Campbell spent an entire Saturday afternoon removing every single patch of grass from his lawn. Unfortunately, it all regrew within an hour.