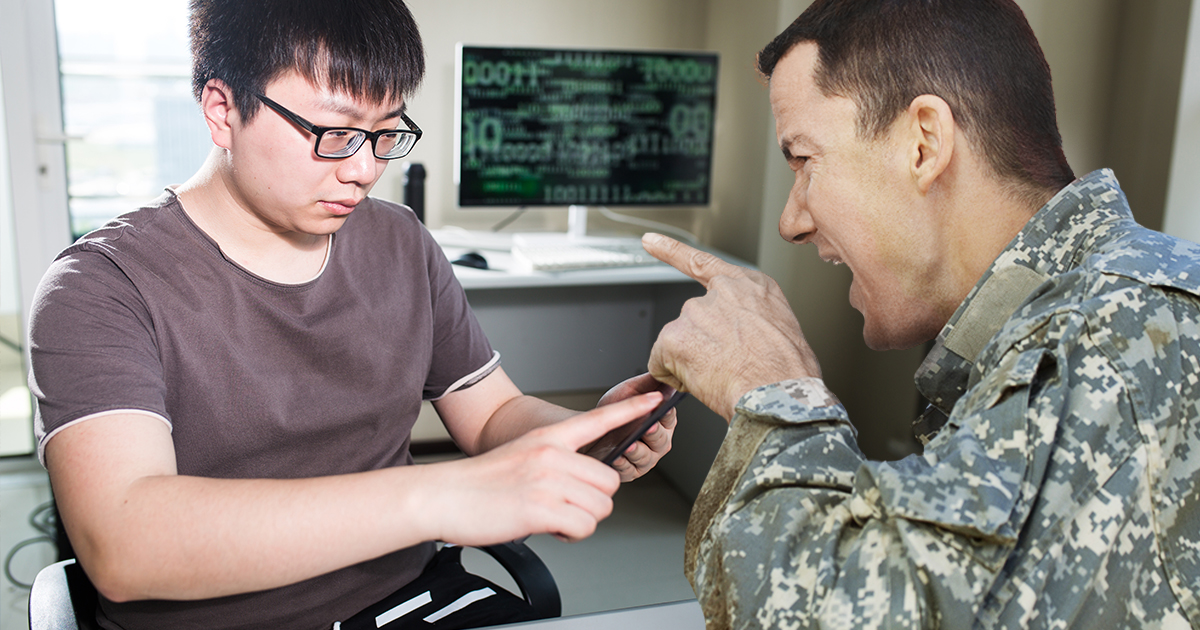 ANAHEIM, Calif. — Local computer programming academy CodeBlue has come under fire after hiring a retired Marine Corps drill sergeant to oversee their ten week coding boot camp.  While reaction to the decision has been overwhelmingly negative, CodeBlue have defended the hiring during several interviews this week.

“We understand the negative criticism that comes with a decision like this,” said Lead Developer Brandon Vasquez during a conference call. “But the other leads and I wanted to make sure our students were ready for the brutal world of game development, and sometimes that means having a pissed off old man shove your face into a keyboard until you cry. Hell I would’ve paid extra for that kind of hands on experience.”

The drill sergeant in question, Bill ‘The Buzzsaw’ Marshall, also gave his perspective on his role in the camp as both a motivator and a teacher.

“These slack-jawed sissies show up with their greasy-ass long hair in their face and half-naked Japanese cartoons on their damn shirts, and it’s my job to whip ‘em into shape!” he barked to a group of assembled reporters. “They might hate my guts in camp, but you can damn well bet that when their boss is screaming in their ear to make the horse’s balls shrink faster, they’ll have the skills to get the job done.  Everyone who makes it through my camp alive thanks me later, and that’s a goddamn fact!”

While gaming media has denounced Marshall’s methods as too extreme, several of his students have come out to defend him, including Emily Figueroa, who landed a job soon after finishing CodeBlue’s boot camp.

“Maybe all the wall-sits and push ups were a little overkill,” she said. “But the awful verbal abuse and sexual harassment really prepared me for my job at Riot Games.  So all-in-all, I’m grateful for the experience. I just wish he’d trained me how to handle having my ideas stolen and repackaged by men, but hopefully there will be a camp for that in the future.”