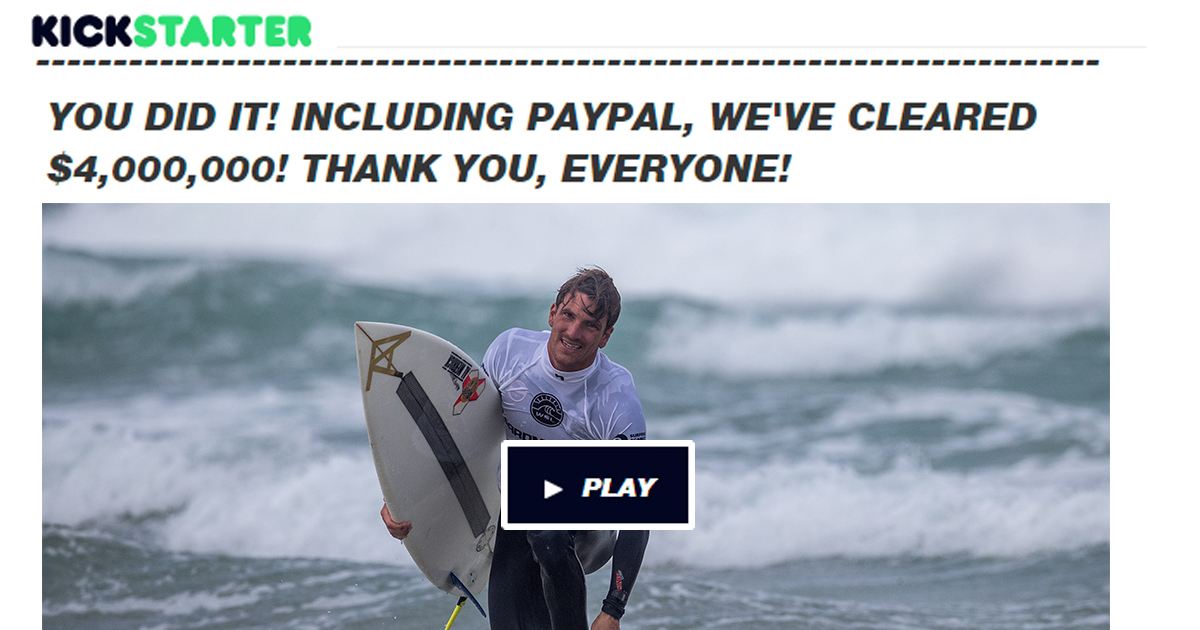 PAPE’ETE, French Polynesia — CEO and founder of indie game studio Star Knights Inc., Jack Hammel, published an update for the Kickstarter supporters of his new game that is a ten minute video of him surfing at the beach.

The game, Black Hole, promises galactic exploration, intertwining storylines, cinematic voice acting, and to never be released, Hammel originally marketed his indie title on the crowdfunding platform as “A combination of Game of Throne—but in space—and Mass Effect Andromeda, but good.”

The original Kickstarter rewards for Black Hole included early access to the game, NPCs named after contributors, and meet and greets with the creator’s dealer.

Hammel responded to rumors that he’d been using the entirety of the game’s budget on a marketing campaign to drum up more funding as “simply ludicrous” and “the definition of fraud, which is something I’m an expert on so you can trust me.”

After receiving backlash for his recent update Hammel responded to backer complaints.

“I want to reassure all the fans that I haven’t just been hard at work on my tan,” said Hammel. “This trip was planned so our team can create realistic water graphics and after seven straight days of surfing and swimming in beautiful Tahiti, I am now intimately familiar with water in a way others could only dream about. So the trip was clearly a success.”

With the Kickstarter timeline of a 2017 holiday season completion date rapidly approaching and no game footage of Black Hole released, Hammel appeared unfazed by widespread criticism.

“I want to go on the record for the community to say we are going to deliver a AAA-quality title with a custom physics engine, infinite replayability, and immersive graphics. We 100% will not just literally re-release Space Invaders and bribe review sites to call it a minimalist smash-hit in indie gaming.”