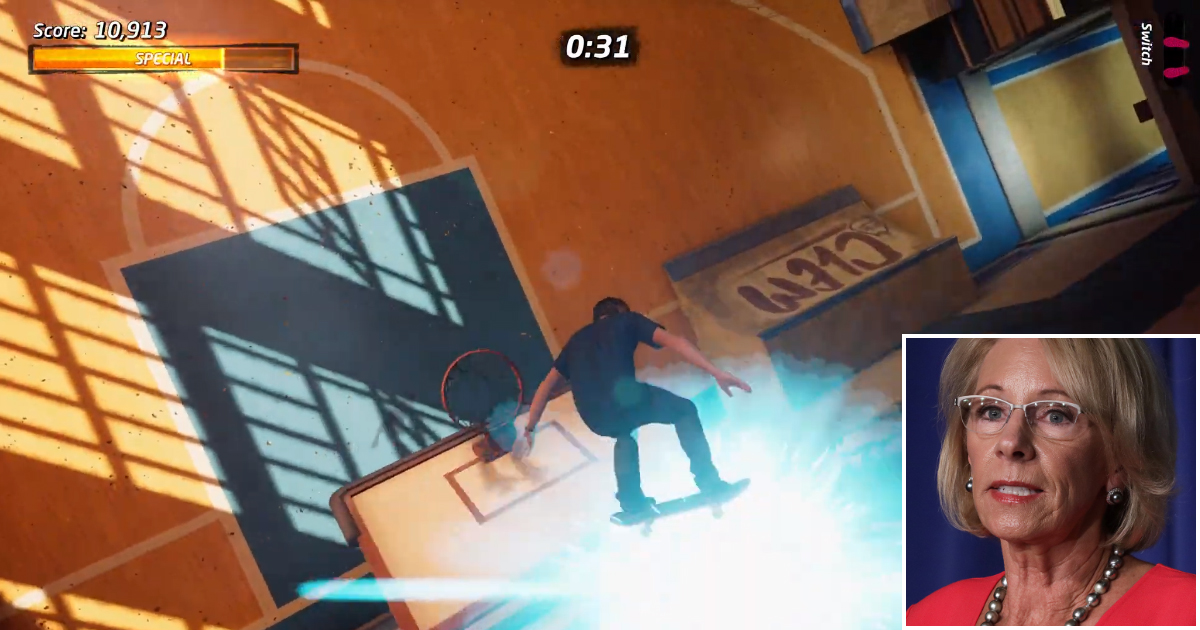 “Seeing this kind of behavior, I can only come to one conclusion: we need to give less money to public schools,” said DeVos after seeing a five-second clip from the popular video game. “As much as I’d love to guarantee education to all children regardless of circumstance, I just can’t support a system that allows a grown man to nail a switch 360 kickflip through a roof for bonus points. Teachers unions and Rodney Mullen have had it too good for too long. Enough is enough.”

When informed that she had mistaken a video game for real-life footage, DeVos responded by demanding a massive budget reduction for public education.

“See, that’s another problem: video games are getting way too realistic these days. Luckily, I have the perfect solution,” said DeVos, skipping back to the beginning of her presentation. “We need to cut funding to public schools. Any other questions? Seriously — I can do this all day.”

Local gamer Devin Peters, the player behind the kickflip in question, expressed confusion when reached for comment on the matter.

“She said what? That’s so dumb,” said Peters, 17, a high school student. “If the public schools aren’t good enough, why don’t you just give them enough money to make things better? Seems fishy to me.”

After a full briefing on the video game, DeVos later released a plan to replace the School level with a Charter School level, which is much smaller and only accessible via lottery.