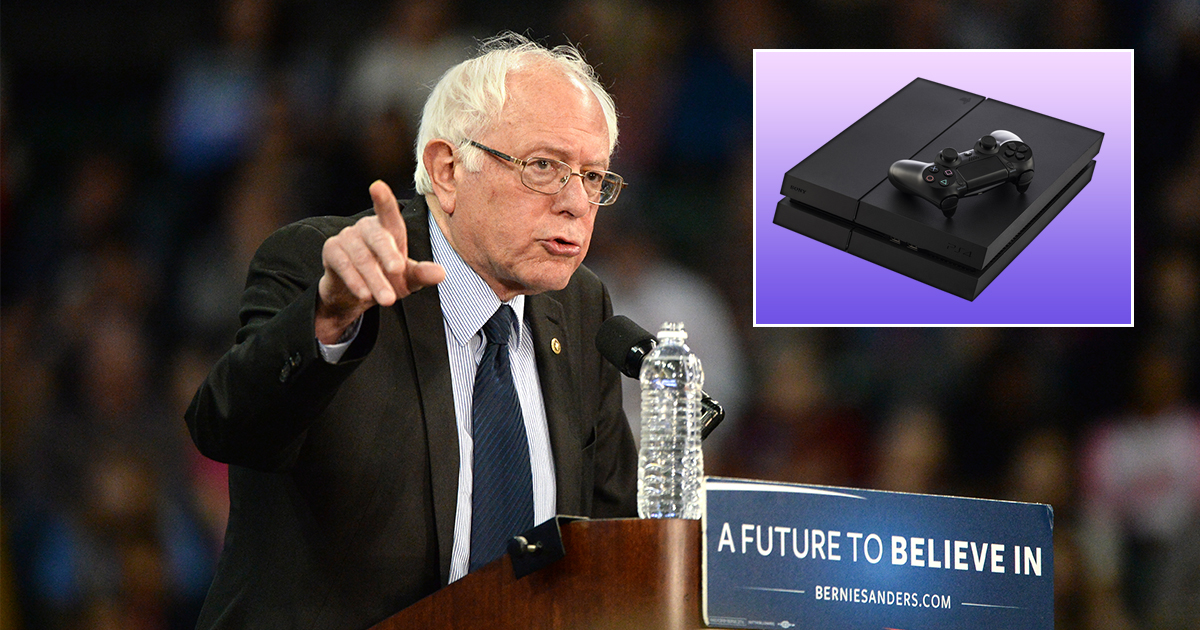 CONCORD, N.H. — Presidential hopeful Bernie Sanders announced his “Gaming for All” legislative plan, which would provide government-backed equal play time for little brothers across the country.

“You have this small, elite group of older children that take up almost eighty percent of the gaming time,” Sanders said during his stump speech before New Hampshire swing voters. “Game time they have not earned through merit but rather due to an unjust and antiquated system that favors those who were born first.”

Detractors, such as The Council of Elder Siblings of America, say that little brothers “do not have the talent nor attention span for such a drastic increase,” and that, “Mr. Sanders’ dangerous proposal would result in a complete upheaval of a system that works for the majority of brother Americans.”

Many Republicans have also gone on the attack after the latest news drop from the Sanders campaign.

“Liberals won’t like hearing this, but little brothers are all lazy button mashers who are lucky to be given anything by hard-working older brothers,” Senate Majority Whip John Thune said during a press conference. “Older brothers understand the character development and plot of real games that simply go over the head of their younger counterparts. They, quite frankly, deserve even more gaming time if anything.”

Sanders received a standing ovation after his announcement and his polls numbers have surged in recent days. However, after the speech, some attendees were not sure how they felt about Sanders’ new platform.

Sanders has yet to take a stance on the controversial “Single Payer World of Warcraft Account” policy that has become popular among gaming leftists on Twitter.