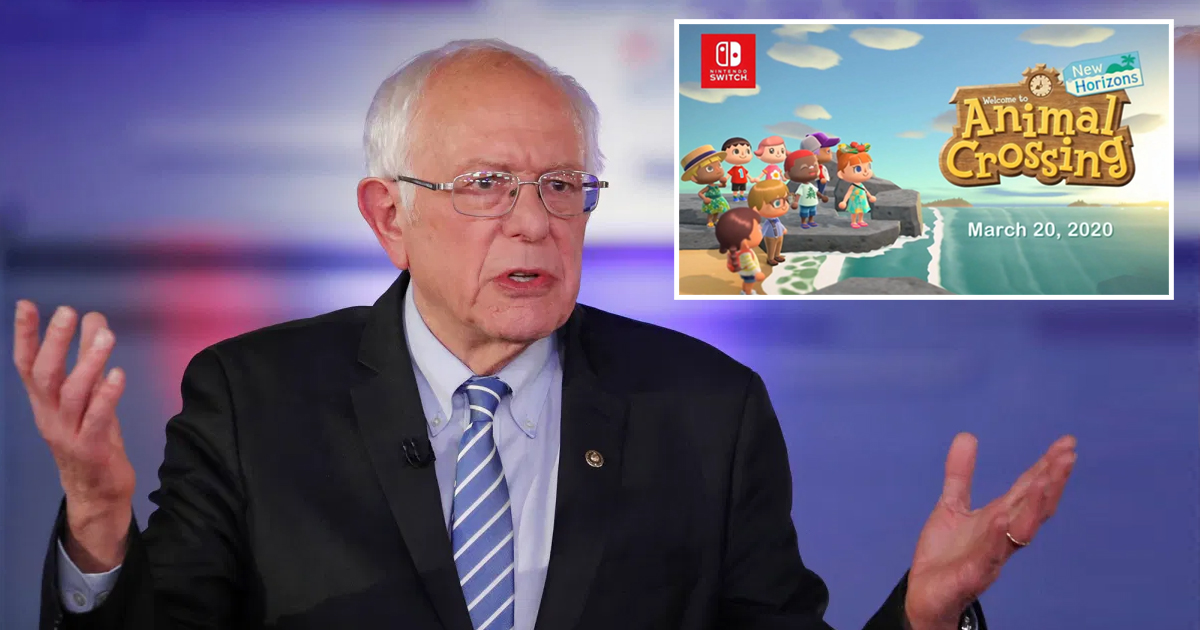 BURLINGTON, Vt. — In the wake of the COVID-19 pandemic, Senator Bernie Sanders has called on Nintendo to preemptively release the much-anticipated Animal Crossing: New Horizons.

“We must prepare for this disease in an unprecedented way,” Senator Sanders said at a press conference. “Gamers of all classes, both social and character, shouldn’t be forced to wait any longer for an adorable little game that is ready now. We deserve access immediately. People are suffering. It shouldn’t just be gaming journalists that have early access to what may be the best game out there.”

He went on to explain that this is not just a measure that would help those under quarantine.

“Working Americans are standing in long grocery lines, with hundreds of other bozos, being forced to listen to awful grocery store music such as Jason Mraz,” Senator Sanders continued. “The least we can do is give them a soothing game to play on handheld as they wait. President Trump must do the right thing and work with Nintendo to help working families get through this crisis.”

When asked to speak on Animal Crossing former Vice President Joe Biden said he trusts the developers to do what’s best for the game, adding “Boy that Tom Nook sure is a gumball in a marble vase! I like him!”

Experts have predicted upwards of one million Americans may die from coronavirus, prompting the CDC to praise Senator Sanders’ concerns. As of press time, CDC Director Robert Redfield released a statement recommending those with symptoms to make sure to play Animal Crossing: New Horizons before they pass away.