Bald Guy in Wheelchair Not Sure What to Be For Halloween 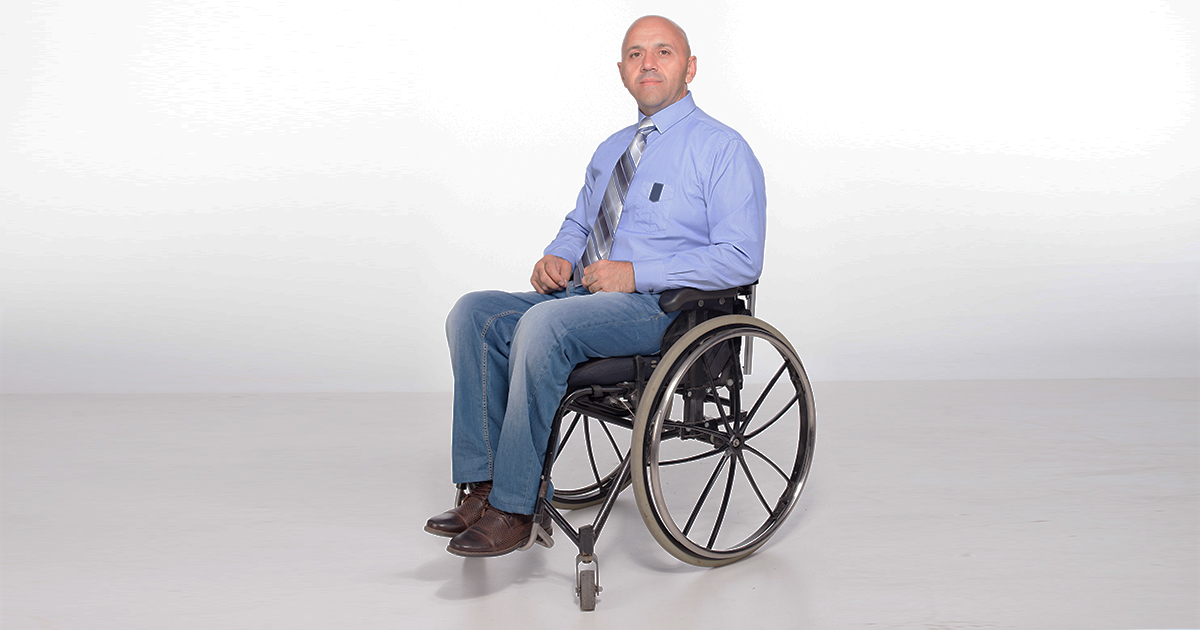 MANCHESTER, N.H. — Grant Shelling, a bald wheelchair-bound professor at Manchester Community College, browsed a local Party City in an attempt to figure out what costume he should buy for an upcoming Halloween party, according to close sources.

“I know what everybody wants me to be because literally everyday of my life someone on campus points at me and goes ‘Look it’s Professor Xavier!’” said Shelling, with a rather unusually large vein popping out of his shiny forehead. “People think I’m some weird dude whose super into X-Men when this is just my life.”

“It’s fucked up I can’t just dress as, like, Voldemort, without people thinking I’m dressed as ‘Wheelchair Voldemort,’” Shelling continued. “People are animals.”

During his shopping trip, Shelling could be seen mumbling under his breath, “You want me to read your mind? Well read this!” while attempting to run over people’s feet with his wheelchair.

“I feel for the guy, having all that pressure on you to wear the same costume year after year,” Nate Stevens, another professor at MCC, told reporters. “He’s a victim of Hollywood’s lack of diversity; they really could only create one character that is male, bald and in a wheelchair? We can’t have a guy in a wheelchair whose bald and, I dunno, a secret agent or something? Get your shit together, Hollywood, and stop ruining my friend’s Halloweens.”

At press time, Shelling was seen somberly dusting off his custom cerebro helmet that he ultimately wears each year.