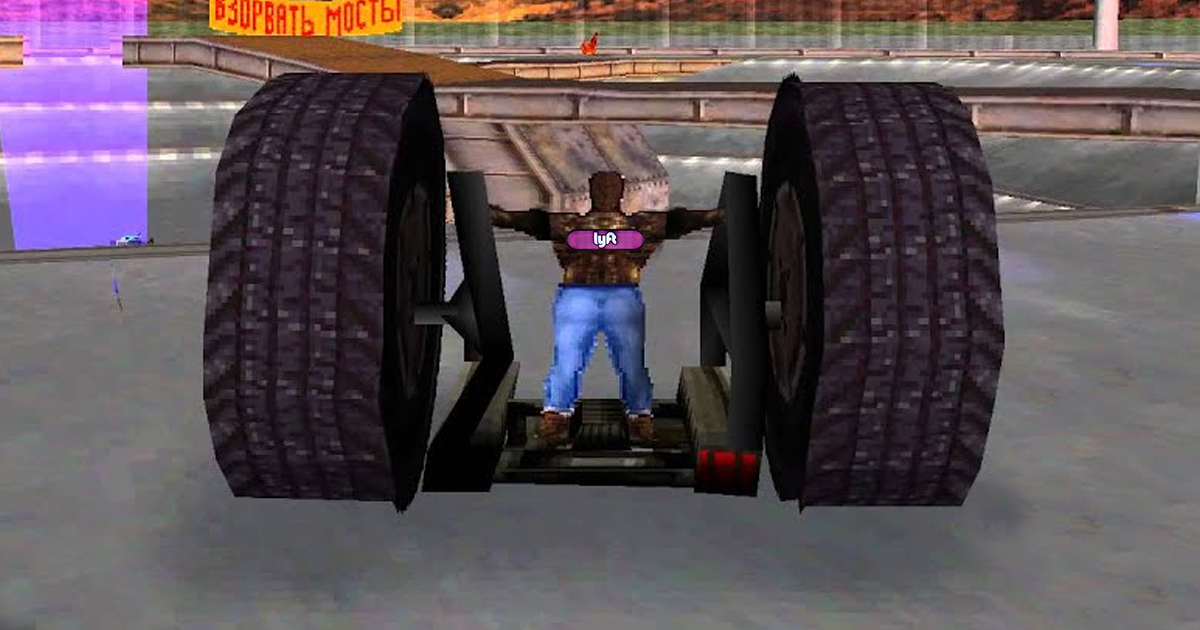 LOS ANGELES — Twisted Metal veteran and part-time Lyft driver Axel doesn’t understand why riders continue to give him one-star ratings, despite his punctuality and speedy trip times, according to those familiar with the situation.

“I thought people would reward my initiative to avoid the congested roadways,” said Axel, violently careening through an active construction site. “But I guess I forgot that most people don’t travel by jumping their killcar from rooftop to rooftop at high speeds. I’ve been blindsided by these one star reviews lately. Honestly, it kind of hurts my feelings. Not to mention what it does to my already limited ability to make money. I’m going to have to find another gig soon at this rate.”

Recent passenger Bailey Shore found Axel, known for a well-intentioned driver, but complained he seemed aloof to how customers may perceive the experience.

“I appreciate the thoughtfulness to have seat belts installed,” she said, “but couldn’t he have attached it to the metal parts of the vehicle instead of fastened to his back with meat hooks? I don’t want to be strapped to my Lyft driver, that’s as bad as when they start talking to you. I should have trusted my gut feeling when he rolled up with his arms all infused into the wheels there.”

Not everybody shares such a negative view of their ride, however, including Zack Burton, who’s taken several trips with the bipedalist mancar that he found favorable.

“He’s a victim of circumstance,” said Burton. “He didn’t ask to spend the best years of his life entwined into an automated nightmare, that was his asshole dad that did that. What he did do was get me home from the airport in four minutes by running over all of the cars in front of us. Sure feels like a five star trip to me. He said most people don’t see it that way and that he really appreciated me. At least I think that’s what he said, it’s really hard to hear when you’re standing directly on the engine of a vehicle.”

As of press time, Axel was last seen cradling a bag of McDonalds food between his head and shoulder on his way to an UberEats delivery.