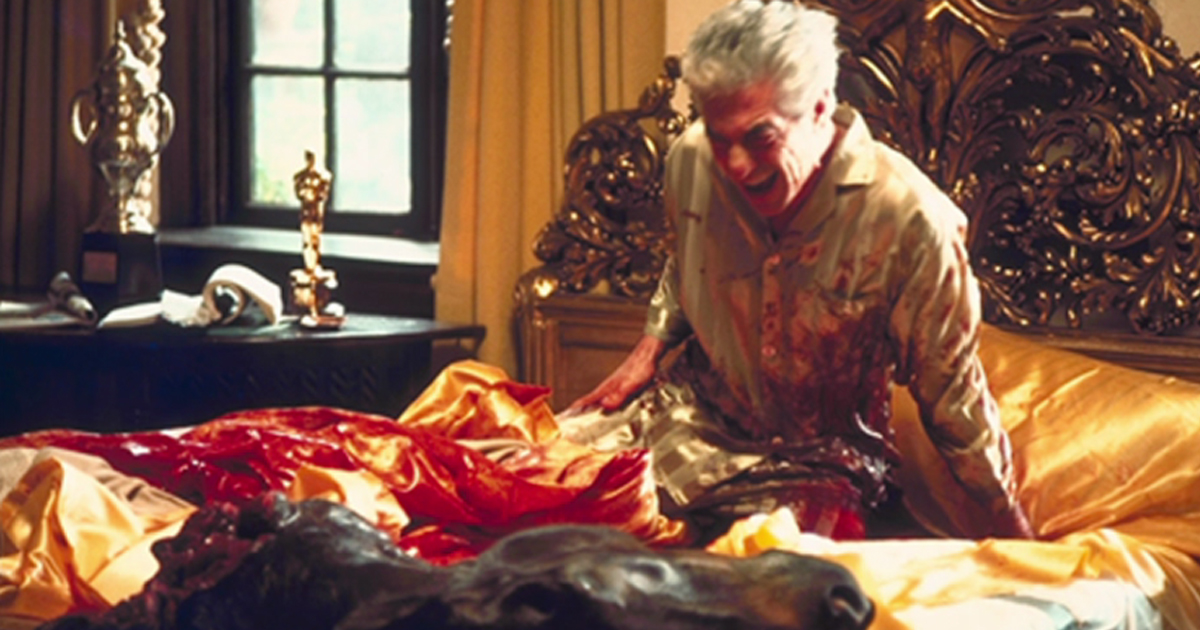 WASHINGTON — Freshman Republican Senator from Missouri, Josh Hawley, discovered a box in his bed that said it contained a 20% chance of having a threat expressed via decapitated horse’s head.

“I was jolted awake by my screaming wife, who leapt out of bed and pointed to this glowing box with sparkles resting at the foot of our bed. I thought at first it was a bomb, but this sweet sounding music started emanating from it, and I knew exactly what we were dealing with,” said Senator Hawley in his pajamas, which were covered in cartoon elephants.

After the D.C. Police Department bomb squad remotely opened the box, it was revealed to contain a bloody horse’s head.

“The note on top listed the odds of each potential threat in the box, as per federal law. It also stated that this was just the beginning, and if the senator kept up his actions to regulate the industry, that he could expect a ‘special event threat box’ the day his bill was presented to Congress with a guaranteed chance of containing a gold-plated finger taken from his wife’s hand,” said Chief of Police Peter Newsham. “The listed odds were 1:10 for each finger.”

When asked to comment, the Entertainment Software Association (ESA) presented the media with five different statements flipped face down. After the assembled press voted on which one to pick, it was turned over and indicated the agency had no comment unless reporters wanted to spend $1.99 to buy another try.