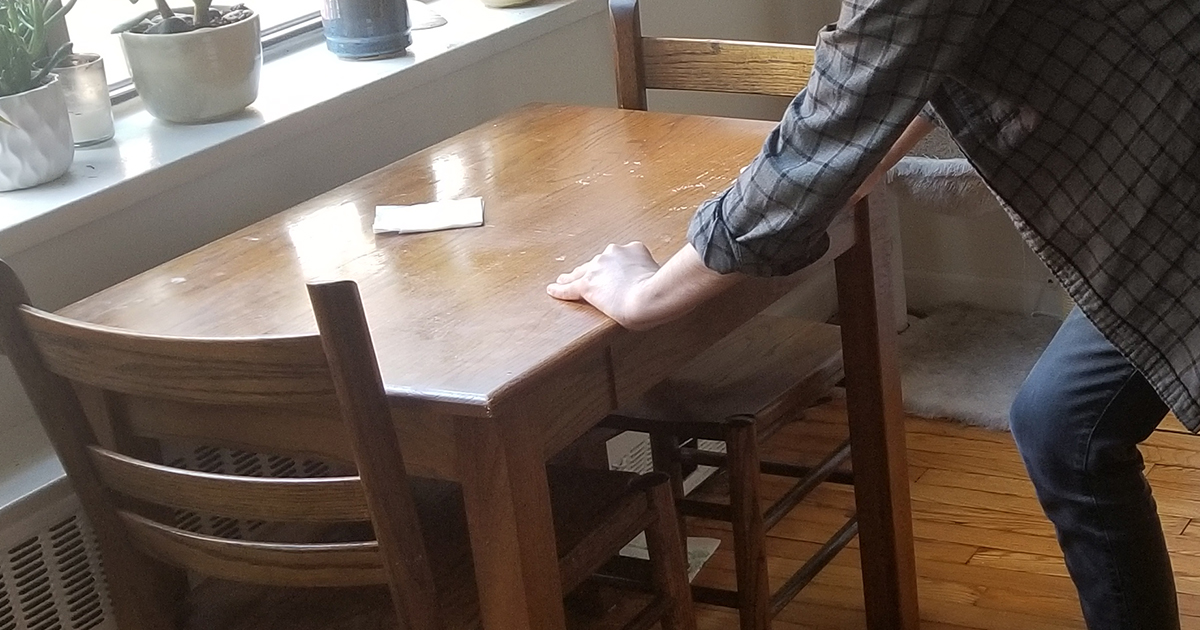 MOORESVILLE, N.D. — Avid Animal Crossing fan Annabelle Ortega decided to redecorate her real-life apartment based off her house in Animal Crossing: New Horizons by pushing every piece of furniture she owned up against her walls.

“I tried the Marie Kondo method and I just couldn’t throw things away,” Ortega said while placing a stand mixer on top of a random end table. “But Animal Crossing helped me realize that I could have as much stuff as I wanted in my house as long as it was sitting flat against a wall. It’s just basic fung shui!”

Ortega said that the design inspiration came while playing the popular Nintendo Switch game. After countless hours of meticulously arranging her digital house, she looked around her own apartment and realized how cluttered it felt by comparison. She fixed the issue by moving things like coffee tables and plants so they were perfectly flush with the wall, leaving the center of each room entirely empty.

Once her apartment was transformed, Ortega decided to apply similar logic to decorating the area outside of her building.

“Annabelle has been kind of out of control lately,” said Michael Wilkins, her next door neighbor. “The other day she cluttered the sidewalk with random things like log benches and brick ovens and completely blocked the entrance into the building. Today she started using the grass behind the building to plant all these flowers in an elaborate enclosure built out of tires and birdbaths. I’m honestly a bit worried about her.”

“I have no idea how to talk her back down to Earth,” Ortega’s girlfriend Gabriella Ruiz anxiously explained. “I tried to tell her that this isn’t how you decorate, but she kept saying that she was determined to get the apartment an S rank from the building’s super.”

Ortega was so preoccupied by the project that she forgot to pay rent, leading to eviction threats. She assured her landlord that she would pay off her debt in full once she could flip her bathroom full of turnips for a good price.