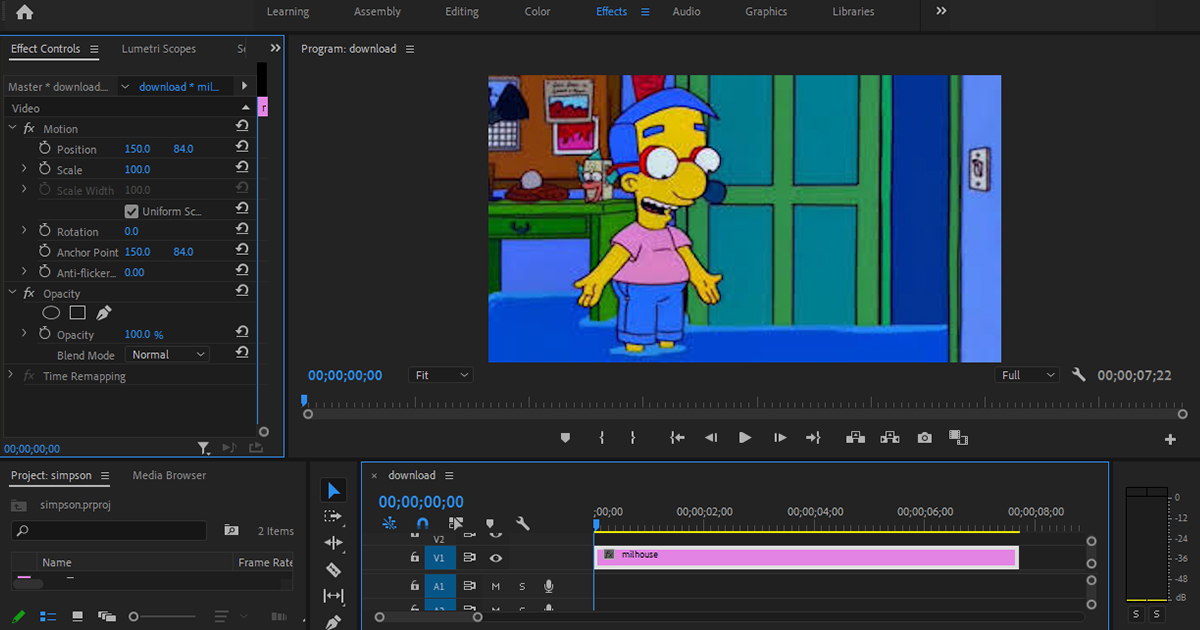 NEW YORK — Aspiring comedian Archie Brewer reportedly spent upwards of $300 on high-end video editing software in a bid to become one of the foremost Simpsons shiposters in cyberspace.

“Yeah, sure there are some free open source programs out there but they are clunky and buggy,” said Brewer, while superimposing Milhouse’s face onto the body of Brazillian president Jair Bolsonaro. “I need my work to be clean and crisp if I am going to be recognized, so I went all out. And that isn’t even counting the one fifty I dropped on a program to help me autotune Steamed Hams to the tune of Weezer’s Hash Pipe.”

Brewer’s roommates were not as receptive to the news as he had hoped they’d be.

“He hasn’t paid rent in three months but he can afford Adobe Premiere Pro?” asked Marian Norton, one of several concerned housemates. “He seems to think somehow creating a Facebook page called Simpson’s Surly-Posting will lead to a payday. He spent three weeks locked in his room doing a shot-for-shot remake of the Take On Me video starring Edna Krabappel and Groundskeeper Willie. He lost his job over that! I can’t knock the quality, however. He’s doing great stuff.”

“Sure, we sell some licences to studios and independent filmmakers but our bread and butter is shitposters,” Duncan said. “Kids graduating college, ready to drop about three grand on a Mac and Premiere so they can add fart noises to the final battle in Avengers: Endgame. That’s the future of cinema, and that’s the future of the Adobe Creative Suite.”

At press time, Brewer was considering buying a Premiere plugin that would add wavy VHS style lines to his videos for a mere $89.