No One on DIY Tour Can Change Tire 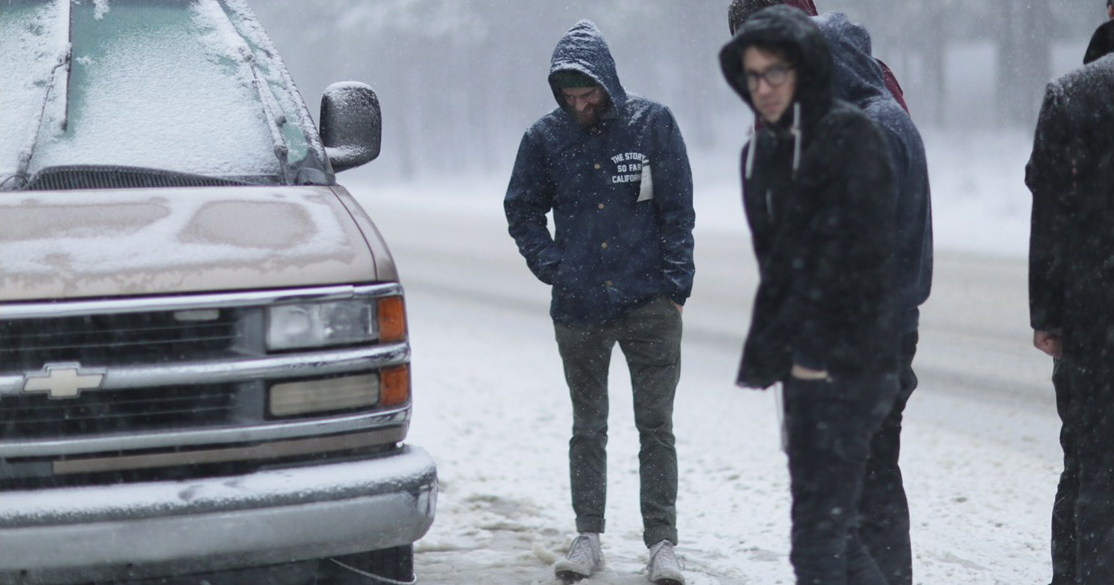 MUNCIE, Ind. — Touring band The Those is stranded between shows in the middle of nowhere today after discovering that no one in the indie-rock quartet could manage the relatively simple task of changing a punctured tire by themselves.

“Standing on the side of the road made me realize something: if the apocalypse hits and the remaining humans are forced to resort to a primitive bartering system, my flyer-making skills and ability to load and unload the van aren’t going to be worth shit,” said drummer Terrence Anderson. “The sad part is, I sincerely believed we were all about DIY ethics, just because we spent our 20s recording a bunch of shitty EPs ourselves and called some venues a few states over to book shows. Meanwhile, my grandma knew how to field dress a hog at my age. We’re lucky we haven’t all starved to death or something on this tour. Such hubris.”

Bassist Melinda Palmer eventually took matters into her own hands after realizing they needed someone else to “DI.”

“The four of us dicked around for a few hours, pretending like we knew how to work the jack and opening and closing the hood for some reason. Eventually, I called my dad and he called AAA for us,” said Palmer. “I rode with the tow truck driver to the garage while the band waited at a nearby diner. Turns out, the mechanics are in a metal band and they need a bassist — maybe I could join their group?”

Venue owner Sammi Richardson was frustrated that The Those did not make it to the show last night.

“This is unfortunately incredibly common for bands on so-called DIY tours: while they certainly have a minimal amount of musical skills, none of them are particularly useful, or know things that could transfer over to a worthwhile profession… or could even just get them through a minor setback,” said Richardson. “The truth is, aside from a very small percentage of them that can actually write a decent song, most touring musicians have absolutely nothing to contribute to society.”

At press time, the band was attempting to scrounge together enough money for a new tire, while simultaneously contemplating if they can drive the three hours to Illinois on a donut.