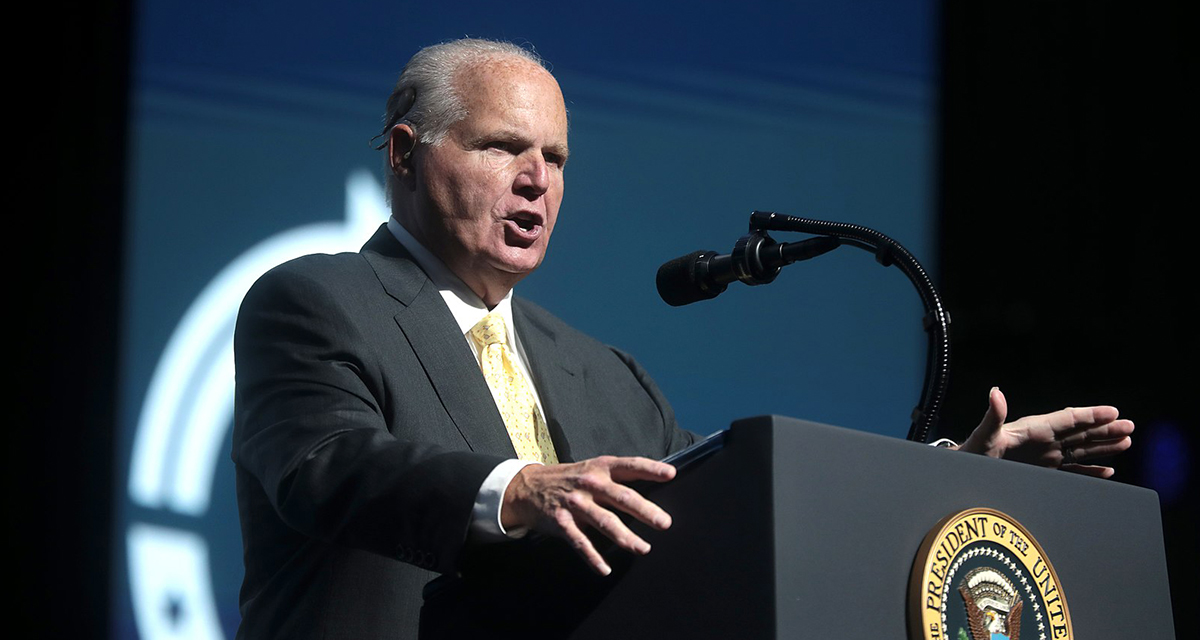 PALM BEACH, Fla. — Conservative talking heads across the country mourned the loss of Rush Limbaugh by reducing how many times they mentioned false flag operations on their respective shows.

“Rush was always a hero of mine. When I was a child I would listen to his show then debate the cool kids in school. They would always end up beating the crap out of me, but I know I helped them on a path to become free thinkers,” said de-platformed right-wing star, Alex Jones. “Today on my show I’m only going to dedicate one hour to how Antifa was behind the Capitol insurrection, and just a quick touch on new evidence that shows the supposed victims from Sandy Hook are currently on a championship soccer team. The rest of the show will be dedicated to some of Rush’s best observations about Hilary Clinton. I know it’s what he would have wanted.”

Long-time listeners to conservative talk radio are already beginning to question if Limbaugh is actually dead.

“Ok right, so today is February 17th, which is the same day that Thomas Seddal harvested 8.3-kg potato from his garden in Chester, England. You see where I’m going with this right? Rush isn’t dead at all, he’s simply infiltrating the monarchy,” said conspiracy theorist, Declan Hyde. “Once he has the information he needs, he’ll come back on the air and reveal all the MI6 documents on the Kennedys, the Clintons, and the Obamas, thus ensuring that Trump is re-elected as the rightful president. Just open your eyes man. Cancer was cured in 1945, and plus, Rush’s powerfully gigantic head would never allow those cells to infiltrate his lungs. He would never die from that.”

At press time, security at the Palm Beach hospital announced they would all be taking a break in one hour if anyone just happened to come by the hospital in order to spit on Limbaugh’s stiff yet bloated corpse.