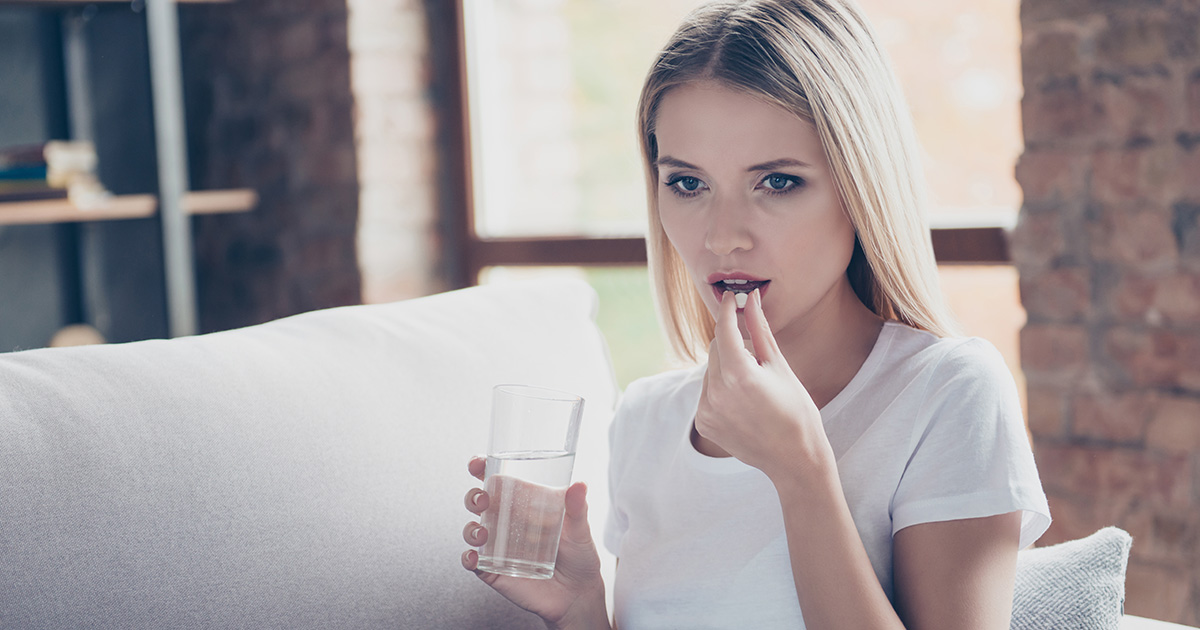 GARLAND, Texas — Local woman Kristen Tate practices safe sex by taking her birth control at the exact same time once every few days if she remembers to or whenever it’s on hand, Tate admitted earlier today.

“I’m not ready to be a mom, which is why I’m careful to take my birth control at exactly 8:00 p.m. at least a few times a week,” said Tate, popping three days worth of missed pills into her hand. “Luckily, birth control pills are a lot like vitamins, which is why it’s okay to miss one here and there. You can’t expect to have these things refilled exactly when you run out every month anyway. So, like I say about exercise — or calling my parents back — everything in moderation.”

Tate’s on-again, off-again boyfriend of five months Chad Abbott wished he could do more to prevent unwanted pregnancy, and does his best, regardless.

“I always assumed she was on the birth control patch,” said Abbott, incorrectly referring to the nicotine patch Tate’s been wearing for several months. “‘Her body, her choice’ is what I’ve always said when it’s most convenient for me. I’d help out if I could, but there’s no male birth control pill on the market and unfortunately we’re both allergic to latex or whatever condoms are made of… so those are completely out of the question. For health reasons.”

Health care professionals reccommend couples use a back-up method of birth control if the pill is not taken as directed, such as condoms, spermicide, or jumping up and down right after sex.

“Kristen is not allergic to latex,” said Dr. Claire Mendez, Tate’s primary healthcare physician. “Just because you don’t like something doesn’t mean you’re allergic to it. If taken correctly, the pill alone can be very safe and effective at preventing an unwanted pregnancy, but something tells me her pack of birth control looks like an unfinished game of Connect Four. Only infertility or a bum ovary can save her now.”

At press time, Tate was overheard blaming this month’s moon cycle on her period being three weeks late.