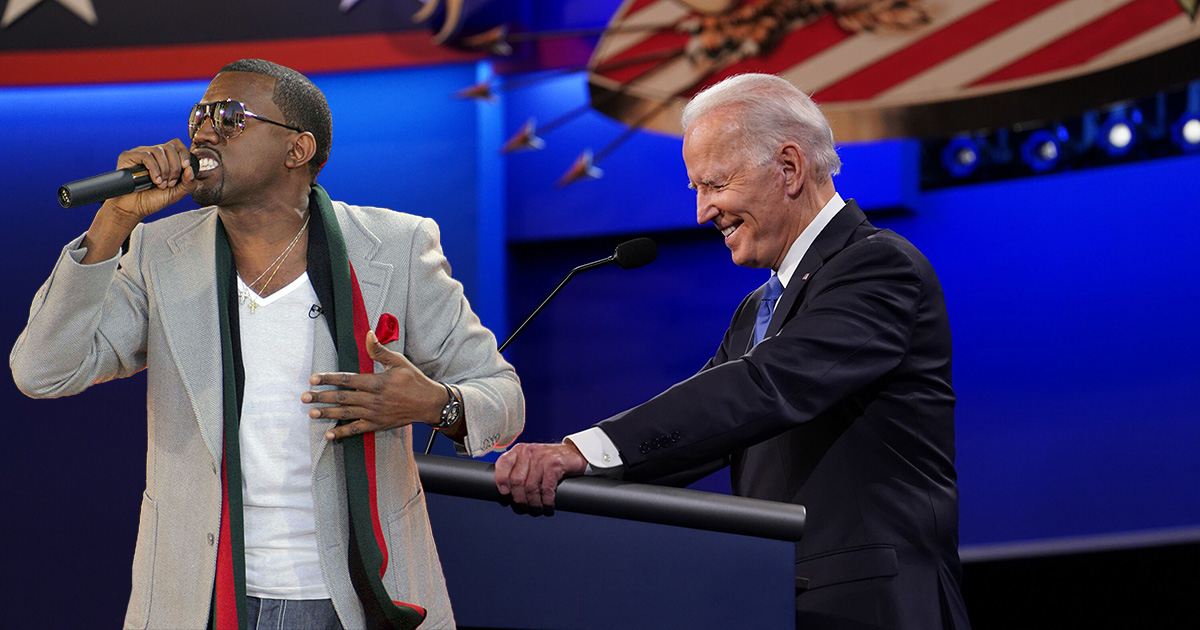 “This was supposed to be Joe’s night. He was so excited to finally deliver the unifying message he’s been reciting verbatim every day for the last two years on the campaign,” said senior Biden staffer Rob Bramlett. “But out of nowhere, Kanye jumped on the stage in front of him and just started going off. Joe tried to be as polite as possible — he stood there just sort of smiling, and you could tell he sort of hoped someone would shuffle Kanye off to the side so Biden could finish thanking people — but 35 minutes went by before anybody finally shut his mic off.”

Biden supporters who attended the socially distanced event were frustrated but unsurprised.

“Classic Yeezy,” recalled first-time Delaware voter Ken Broman. “He grabbed the podium and was all like, ‘Yo, Joe Biden, I’m really happy for you, and I’mma let you be the President, but Kanye had one of the best campaigns of all time!’ Then he added, ‘I will go down as the best American President in the parallel dimension that Elon Musk is building me a rocket ship for so I can switch places with myself after I’m done traveling back in time to stop the Illuminati from murdering Jesus,’ or something like that. I’m just paraphrasing.”

Despite the interruption, Biden took the whole episode in stride.

“Look. Here’s the deal, Jack — I’ve spent decades trying to run a campaign that actually delivered me to the big seat in the White House, and that no-good son-of-a-gun stole my spotlight,” explained Biden. “I don’t know who he thinks he is, but where I come from, that sort of malarkey just doesn’t fly. He’s lucky all those cameras were rolling, because if that was backstage, I would have given Kanye a lesson as to why Corn Pop stopped coming around the pool.”

West was last seen scaling the makeshift fence around the White House to deliver a homemade Nobel Peace Prize to Donald Trump.