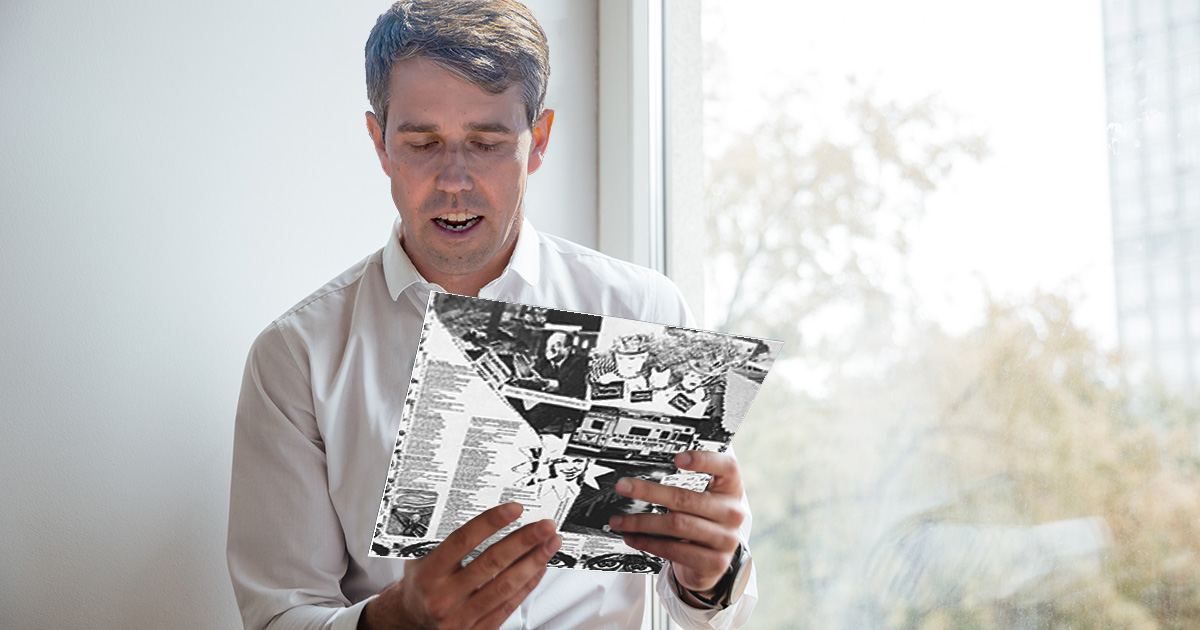 “I had a real hit with my ‘Fugazi Capitalism’ nonsense that everyone just seemed to eat up like ice cream on a hot summer day. I was hoping maybe I could come out with some, like, ‘Dead Kennedys Health Care’ or something like that to really make myself stand out,” O’Rourke said while surrounded by dozens of brand new records an intern ordered from Amazon. “I never realized how much most of these old punk bands hated Ronald Reagan. I always thought he was a decent president.”

O’Rourke staff members were tasked with helping the former congressman find the tiniest detail that suggests old punks prefer having a private insurance option in addition to Medicare for all.

“We thought we had some good leads at first. A lot of early Black Flag lyrics are about feeling like your brain is about to explode, so we were hoping their words would go on to explain that having insurance provided through your place of work can actually be preferable to a government-run program,” said O’Rourke’s campaign manager Jennifer O’Malley Dillon. “But most of what they sang about was getting high and drunk all the time, so we’ve basically wasted most of our day.”

“These punk bands were singing about a system that does not work for people. If he wants to get the punk vote then he should be advocating for an anarchist system where people take care of each other and don’t depend on government to tell them what to do, but hey, what the fuck do I know?” said de Blasio. “Comprehensive polling of the punk community found that most of them don’t plan on voting anyway, so I’m not sure why he’s trying to pander to that base at this point.”

As of press time, O’Rourke planned to appeal to the Latinx community by delivering his opening statements strictly in Morrissey song lyrics.