Anarchist Bookstore Unsure What to Do After Robbery 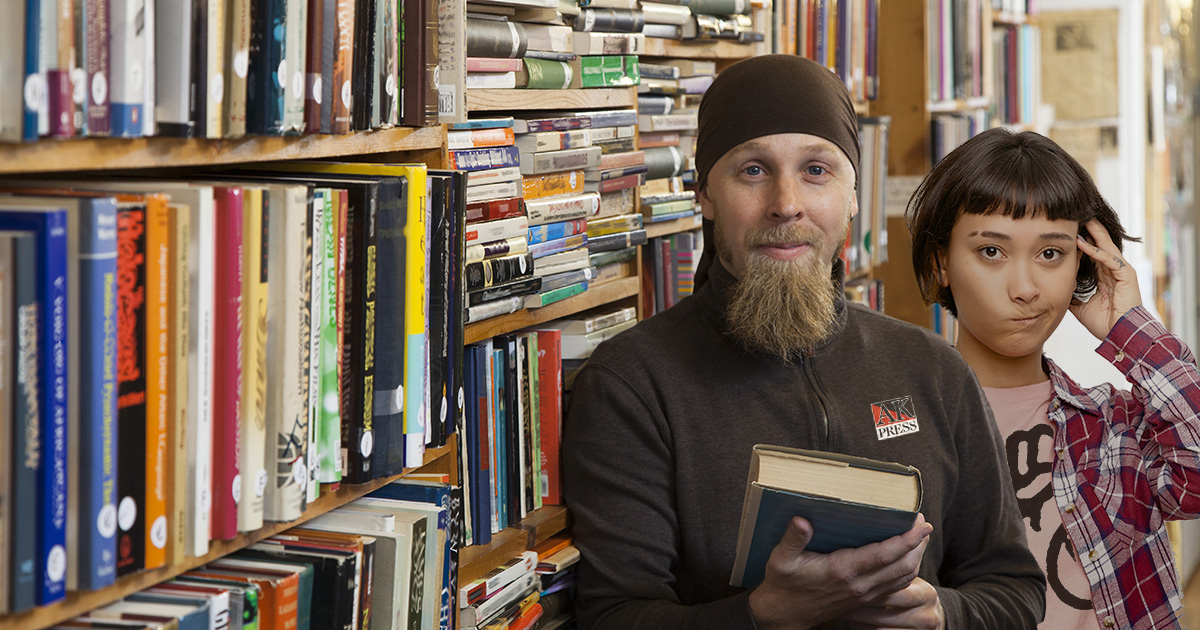 OAKLAND, Calif. — Employees working at the famed Nothing But Their Chains Anarchist Bookstore did not know quite how to handle a robbery at the store early Tuesday, sources who want nothing to do with the cops confirmed.

“Robbing us really is the perfect crime — she clearly knew we weren’t going to call the fascist police department, who’d just come in swinging their guns around like dicks,” said longtime employee John Winnifred of the bold criminal. “What are we supposed to do, stop her? That’s not very anarcho of us. This is a great first step towards a society without laws.”

While employees admit they saw most of the robber’s face and could most likely identify her in a lineup, they have no desire to report the incident.

“She really made no attempt to hide her face… not even like, a cool bandana or something. She just walked up and tossed a brick straight through the front window — which kind of sucks, because she could’ve walked in the door saved us a bunch of money,” said owner
Mila Sokolov. “We don’t really believe in insurance because it’s just legalized extortion, so all the repairs are coming out of pocket.”

The shop is reporting a loss of roughly $96.50 in pamphlets, Noam Chomsky books, and “Free Leonard Peltier” stickers.

“She was very brazen. At one point she even offered to dial 9-1-1 and report the crime herself. She kept taunting everyone by saying, ‘Go ahead, be hypocrites, then let me know how you sleep tonight,’” said regular Rivers Littleman. “Before she left, she even took a few cans of black beans from the food drive basket they keep by the front door. The whole thing was terrifying.”

Sokolov, who claimed she appreciates the robber’s independent thought, she does not want to encourage copycats.

“This should not become a trend. Yes, I want a world without authority — we all love to smash the state — but I can’t be replacing a broken window every week. It’s going to add up,” said Sokolov while putting the broken shards of glass into a recycle bin. “This stuff isn’t even compostable. We could get a hefty fine from the city.”