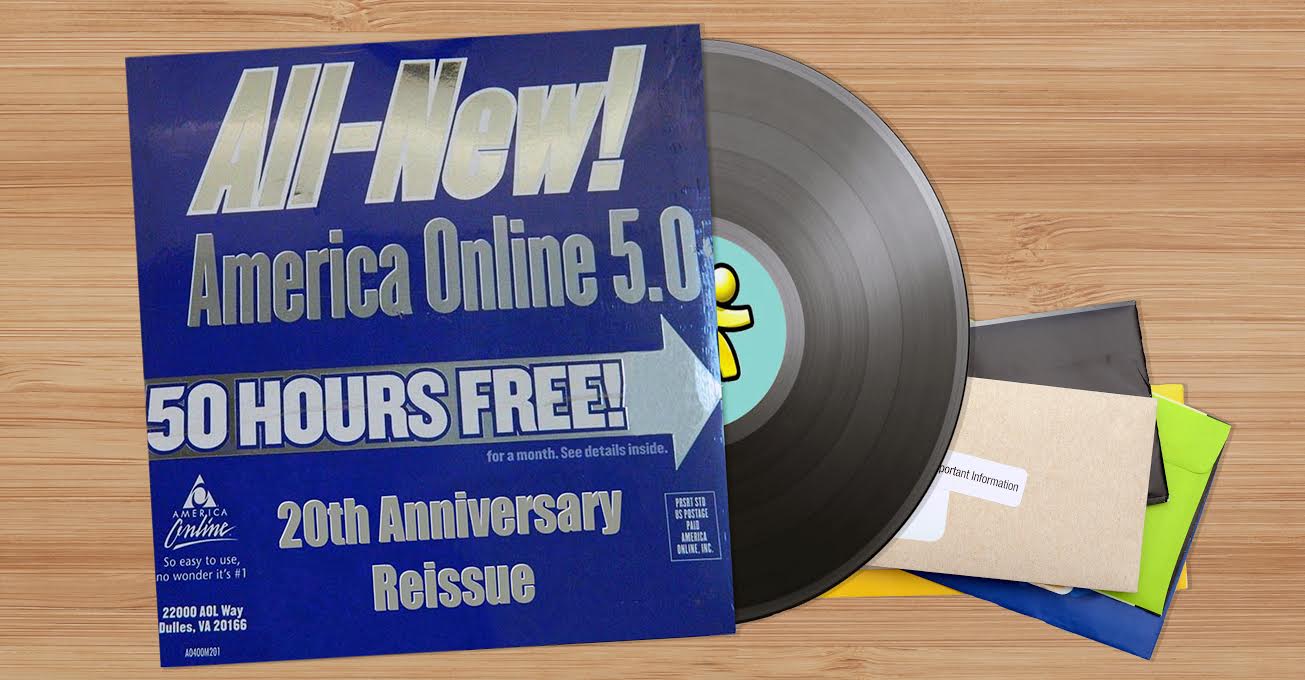 “The wait is over. Fans of our seminal dial-up internet service will see the first copies with next week’s edition of the Sunday paper,” said America Online CFO Tina Crowley. “Each disc will be shipped in its familiar paper sleeve which can be easily stolen by the neighborhood paperboy.”

This reissue marks the first official re-release of what is often considered one of the most influential, no-cost internet trial discs of all time.

“AOL put out some great stuff in the late ’90s,” said computer store owner Christy Fleming. “Sign On Today! and Get Internet Now! were awesome. But 50 Hours is a true masterpiece — the one that really changed the game.”

Longtime AOL fans will get the chance to relive some of their favorite tracks from the pre-Y2K era.

“I can’t wait to put this thing on my turntable,” said local resident Marcos Rodgers. “It’s been so long since I heard the ‘You’ve got mail!’ alert, or the MIDI keyboard rendition of the Beatles discography.”

AOL is touting several features they say are sure to make this reissue a “must-have” for nostalgic web surfers everywhere.

“We’ve fully remastered 50 Hours on 180-gram vinyl, so that ’90s internet will sound even better than you remember,” said CEO Tim Armstrong. “Just listen to how crisp that modem dial tone sounds… or check out the bass response on the ‘Hampster Dance’ song!”

For those who worry a vinyl version of 50 Hours won’t contain all the features of the original CD-ROM, Armstrong offered reassurance.

“Every copy will come with a coupon for a free digital download of Instant Messenger, along with access to old internet favorites like the ‘Dole/Kemp ‘96’ campaign site, or your Geocities and Angelfire web pages,” said Armstrong.

Collectors who no longer have a subscription to a weekly newspaper can still find the vinyl release of 50 Hours Free! in computer stores everywhere or in a big pile in your friend’s dad’s desk drawer.