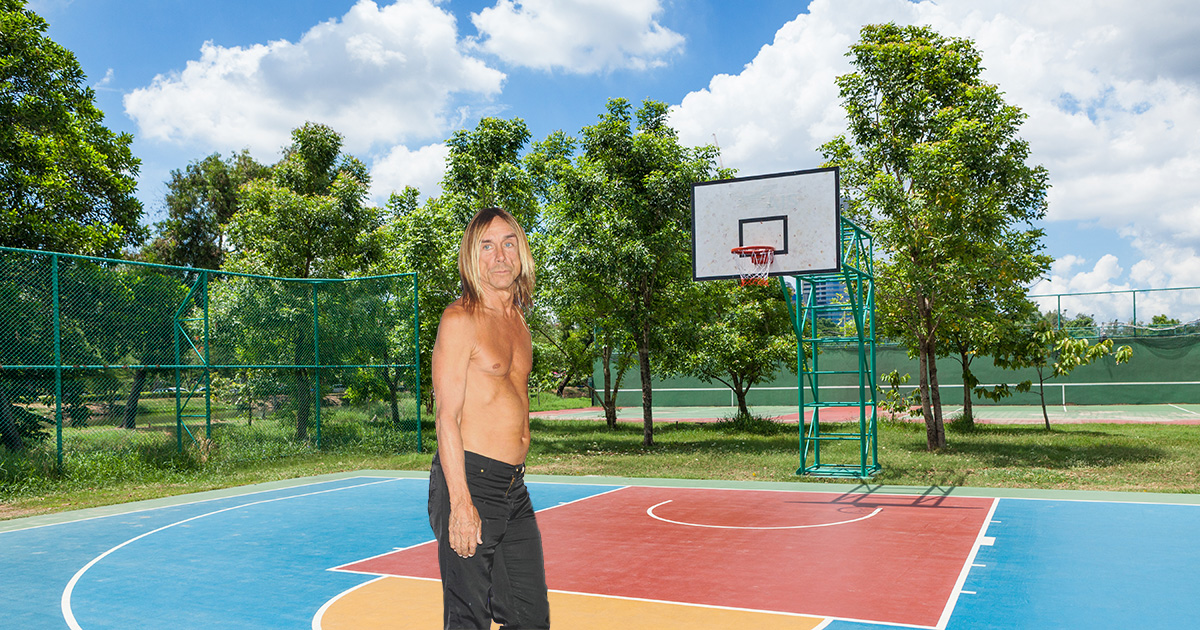 PALMETTO BAY, Fla. — An already shirtless Iggy Pop tightly crossed his fingers and paced anxiously during the team selection process of a neighborhood pickup basketball game, hoping he wouldn’t have to put his shirt back on, fellow players reported.

“Yeah… I was the captain of the skins team, and it was pretty clear what team he hoped to end up on,” explained court regular Bart Rennick. “Every time it was my turn to pick, he stood up on his tippy-toes and made these weird, faint grunting sounds — then, when it was the Shirts captain’s turn to pick, he hid behind the fattest guy who hadn’t been picked yet. I chose him towards the end out of compassion, but goddammit he sucks. I wish he’d stop showing up to the games — there’s just something weird about playing basketball with a shirtless guy in jeans. It’s unsettling.”

Pop was upfront about his team preferences.

“I don’t own a fucking shirt and these assholes know it. If the Shirts team picked me, I’d have to forfeit instantly, and then they wouldn’t have an absolute dog ripping down boards,” explained an exasperated Pop. “Shirts vs. Skins is clearly just a way to discriminate against me — all these neighborhood scrubs fear my raw power. This happens every time! I don’t know why the teams can’t be Shoes vs. Barefoot, or Worked with Bowie vs. Didn’t Work with Bowie.”

John Cale, member of the Velvet Underground and producer of the Stooges’ first album, shed some light on Pop’s aversion to upper body clothing.

“I remember, on our first day in the studio in 1969, Iggy showed up shirtless. It didn’t weird me out too much because I’d been in a band with Lou Reed, but still, I had to ask what his deal was out of principal,” explained Cale. “The other Stooges told me that before their first gig, Iggy lost his shirt… and that first show went so well, he’s been superstitious about wearing shirts ever since. Simple as that.”

Rumors are circulating that, after the game, Pop was collecting signatures for a petition to ban all “No Shirt, No Shoes, No Service” policies in Palmetto Bay.