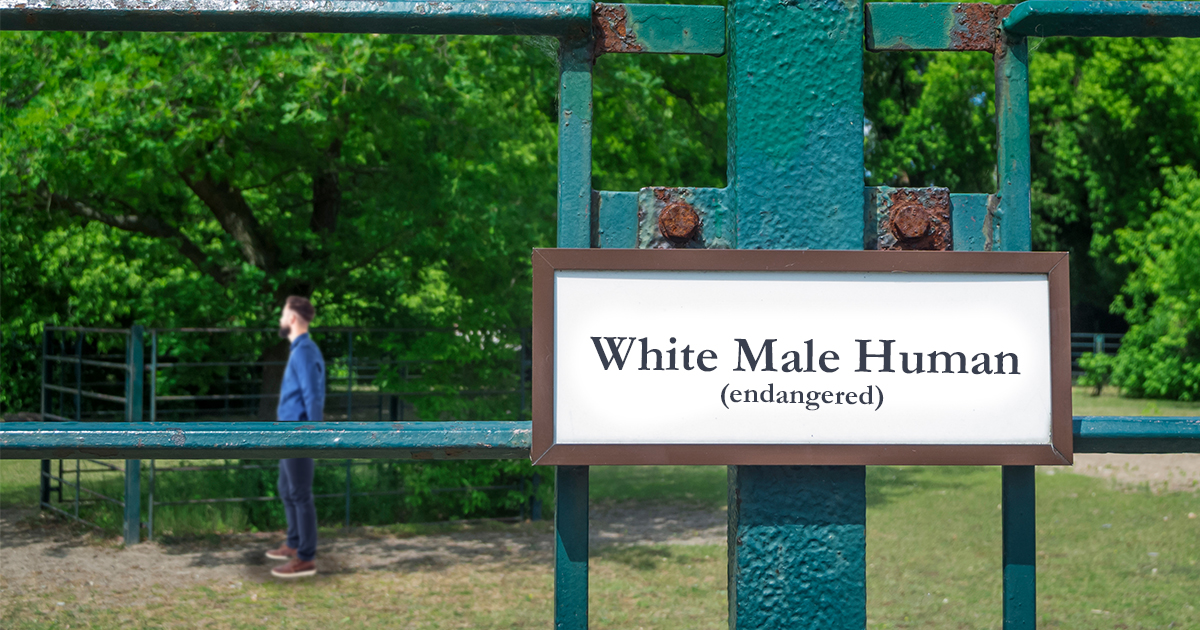 DUKESBURG, Ala. — In a press release on Monday morning, the Dukesburg Zoo announced they will be opening a brand new enclosure for the rare and endangered white male.

“We’re proud to be on the forefront of this critical conservation effort,” read the press release. “Over the past decade, representation of white males as the main characters in popular media has plummeted from 97% all the way down to a dangerously-low 92%. The majestic white male once proudly roamed free among our television screens, but now political climate change threatens to wipe them out entirely. Our ‘Protected Zone’ for white males will help ensure they can survive and thrive for years to come.”

The new enclosure is set to open later this month and will house five white males that were rescued from the wild.

“Brendan’s a sweetie,” said one zookeeper, during a press tour of the unopened exhibit. “He used to be a VP of Marketing until he was fired for sexual harassment in the workplace, the poor thing. Thankfully we were able to nurse him back to health with a steady diet of angry video essays and Jordan Peterson lectures, and he’s doing great!”

“This little fella is named Kyle,” they continued, “Kyle was brutally attacked on Twitter just for telling the truth. I’m amazed that he survived the attempted cancellation. Now he’s healthy and happy in our enclosure, able to say anything he wants without the fear of facing consequences for his behavior.”

The enclosure has been carefully designed to ensure the comfort of the white males living there, and will include a 60-inch television that will exclusively air the 21 Marvel movies that don’t have Brie Larson in them.

Dukesburg Zoo officials have high hopes for the future of the exhibit, and have proposed efforts to get the white males to breed in captivity as soon as early next year.